Home > 2019 > January
Innovative MinistryJanuary 07, 2019
What Will I Preach This Sunday?! 6 Tools for Overcoming Preacher’s Block
Simple steps to help you prepare better, preach stronger and have a greater impact.
Karl Vaters
Read in Multiple Pages 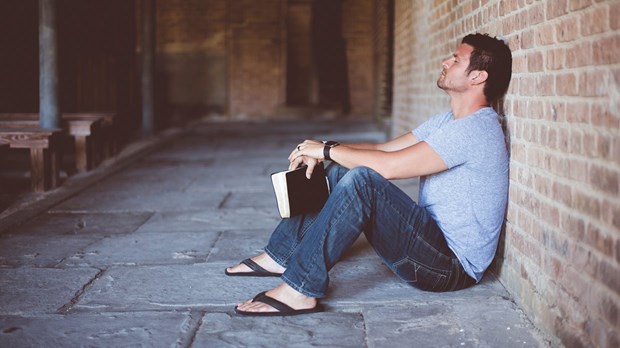 2. Prayerfully Go Where The Passage Takes You

Here’s what I mean. For too many years, I started my sermon prep time with a pre-set idea of what I wanted to say. Then I’d find supporting passages for that premise. My premise. Not necessarily the passage’s premise.

I wasn't trusting God’s Word to speak to me. I was asking it to speak for me instead. (What Bible scholars call eisegesis, instead of exegesis).

I try not to do that any more. Now what I do is take the next passage in the series and sit with it for a while. I read it, pray over it, study it, meditate on it… and I write down everything that I find in it.

This method accomplishes two goals. First, it puts God’s Word back in charge of the process, not me. Second, it takes the pressure off me to create something new. I’m a discoverer, not an inventor.

Finding what’s already in the Bible passage is so much better than trying to make the passage say what I want it to say.

Finding what’s already in the Bible passage is so much better than trying to make the passage say what I want it to say.

The best teachers are good learners. This process helps me be better at both.

3. Pre-Announce Next Week’s Passage Or Title

This helped in two ways. First, it forced me to think at least a week in advance about the message. This reduced the Saturday Night Scramble significantly. Second, it gave the congregation a sense of place. It told them where we were heading, so they could follow along better.

I wrote about this in a previous (and surprisingly controversial) post, Why I Don’t Go to the Bible to Find Sermon Material. That article has been re-posted and commented on in several other blogs, so I won’t go over the details again. But here’s the essence of it.

As pastors, we need to resist the temptation to treat the Bible as sermon material. It must always remain God’s Word to our own souls first. If we do that, God will speak to us through it. And when he does, we can take what he has said to us and pass it along to others.

This keeps us growing in our faith, passionate about God’s Word and (not surprisingly) far less likely to run out of great material to share with others.

This was the subject of another previous, and also somewhat controversial blog post that has also been reposted in several other places. So I won’t go into detail on this one either. You can read all about it in 5 Reasons to Stop Making Your Sermon Notes Rhyme.

In short, rhyming or alliterating sermon points has two downsides: First, it doesn’t feel honest to younger generations, it feels fake. Second, it takes a lot of time and energy to come with the rhyme or alliteration – time and energy that would be better spent producing great, real-life-applicable content.

Think about it. How many times has a major part of our Preacher’s Block been trying to come up with the right word that starts with the letter “E”, so the sermon points will spell out G.R.A.C.E?

Rhymes or alliterations have a place – especially in Cornerstone Content you want people to remember easily. But most of the time you can drop this unnecessary brick from your load. You’ll feel less stressed, work more efficiently and preach better, too.

Everyone has physical rhythms of life that work for us. There are times of the day, the week, the month and the year when we are at our best – and other times when we’re at our lowest.

Put time in God’s Word when our mental, emotional and spiritual clocks are best suited for it.

As ministers, we owe it to ourselves and others to know what those times are. To keep ourselves spiritually, emotionally and physically fit. And to put time in God’s Word when our mental, emotional and spiritual clocks are best suited for it.

Your body clock isn’t the same as mine. Get to know and follow the rhythms of life that work best for you.

When you do that, you can prepare better, preach stronger and have a greater impact on the people God has called you to bless.