Want More Christian Influence? Get Off Facebook And Talk To Actual People

Home > 2019 > July
Church & CultureJuly 27, 2019
Want More Christian Influence? Get Off Facebook And Talk To Actual People
We can be loud, or we can be heard. We can seldom do both.
Karl Vaters
Read as Single Page
Page 1 of 2 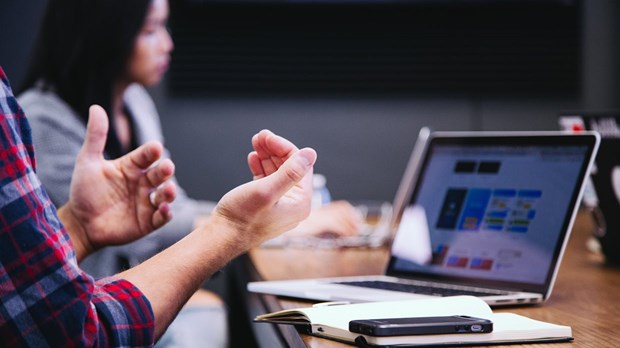 If we want to be heard by a lot of people, we can make our opinion known on social media. The angrier and more controversial, the more responses we’ll get. But we won’t really be changing anyone’s mind, just reaffirming what they already (think they) know.

If we want to move the conversation forward in a meaningful way, we need to sit down and have face-to-face conversations. No, we won’t be heard by nearly as many people. But we’re far more likely to have actual connection and impact that way.

We have a choice. Do we want a louder voice, or greater influence?

In most of our lives, we can do one or the other, but we can seldom do both.

Not long ago I had a great conversation with someone who’s curious about the Christian faith, so he’s been talking with a Christian friend. The theological questions started getting deeper, so his friend suggested talking to his pastor about it. And that’s where I came in.

When I sat down with him, he told me that he had checked out my Twitter and Facebook pages before he agreed to talk with me. “I wanted to make sure you weren’t one of those crazy pastors who believes...” and he listed off the normal litany of Christian stereotypes.

“I passed the test?” I smiled.

“Yes”, he said. “What you’re posting has a lot about your faith, some of which I don’t understand and some that I disagree with, but it’s not mean-spirited, and never politically partisan. If it had been, we would not be meeting today.”

Too Many Lost Opportunities

That church member’s friend is not an isolated case.

Because of social media, you don’t need a title to be in a position of public Christian influence.

Someone is always paying attention, even if we don’t know it. And, because of social media, you don’t need a title to be in a position of public Christian influence.

The truth is, I hold most of the viewpoints he mentioned. But I’m careful not to vent about them online. Not because I’m afraid of backlash, but because I don’t want to lose opportunities for real influence – like having an actual, life-changing conversation with someone who’s curious about Jesus.

What Are We Losing?

How many times is this playing itself out in our lives? We vent online about politics, theology or morality, but even if we’re on the right side of the issue we can still be losing more than we’re gaining.