Home > 2019 > June
Church & CultureJune 21, 2019
The Importance Of Investing In People With No Potential
We need to invest in people, not because they might do something great some day, but because they’re made in God’s image, and that alone is worth investing in.
Karl Vaters
Read in Multiple Pages 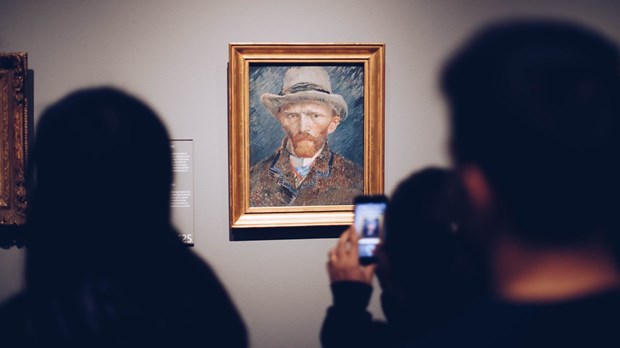 Most of what we do in the pastorate makes no logical sense.

At least not in the here and now.

We invest in people who fail us over and over again. We pray, counsel, cry, study, preach, give and sacrifice – and often we wonder what good it all does.

Then we do it again.

I was made wonderfully aware of why we do this through an 85-year-old book that I read to give me a break from my constant diet of church-related fare.

The book was Lust for Life, a novelization of the life of Vincent van Gogh, written by Irving Stone in 1934.

What we do for other people has value – whether we ever see the results or not.

This historical novel hit me in a way I wasn’t expecting.

I still don’t understand why Vincent van Gogh’s paintings are considered groundbreaking, (even though Irving Stone spent many chapters of beautiful writing trying to get that through to his readers).

What did hit me – stunningly and profoundly so – was how the author captured the central relationship of Vincent and his brother, Theo van Gogh.

Reading about their relationship (actually, about Theo’s stubborn insistence on loving his brother, no matter what) helped reaffirm that what we do for other people has value – whether we ever see the results or not.

Here’s a shortened version of the story of the van Gogh brothers.

(And a quick disclaimer: Obviously, everyone has potential. The point of the title and of this article is to invest in people whether we see that potential or not.)

Vincent van Gogh was a lousy painter. He had no talent, no promise, and no potential.

He had only two things going for him. A passion to keep painting, and a brother who loved and supported him.

While art lovers today study, celebrate and learn from the ground-breaking work of Vincent van Gogh, we should all be striving to be more like his brother Theo.

It is not an understatement to say that, without Theo van Gogh, no one today would remember the name Vincent van Gogh. We would have none of his paintings and none of the lessons learned from them.

But, more than that, without Theo van Gogh, Vincent’s life would have been even harder – and certainly much shorter – than it was.

No one should strive to be like Vincent van Gogh. He lived a life of misery, poverty, immorality and insanity. Outside of his paintings, he is most famously known for one act – cutting off his own ear. Why? No one really knows, because he was never able to explain it, even to himself.

Vincent van Gogh sold only one painting in his entire lifetime. If it had not been for Theo, who not only encouraged him to paint, but sent money every month for him to live on (money that Theo himself could barely afford) Vincent would have starved to death.

So why did Theo invest in someone with so little promise and no visible potential? Did he spot talent no one else could see? Maybe. He was an art dealer, after all.

Theo simply loved his brother. So he supported him to do the only thing he was passionate about. Theo van Gogh literally invested his time, money, patience and loving support into someone that no one, including he, thought had any promise, any potential, or any possibility of producing anything of value.

As the body of Christ – and especially as pastors and church leaders – we can learn a lot from Theo van Gogh.

Love without strings, but with great sacrifice.

There are no right people or wrong people. Just people, made in God’s image, who need someone who loves them enough to show them in tangible ways.

We need to invest in people, not because they might do something great some day, but because they’re made in God’s image, and that alone is worth investing in.

The people you and I invest in are not likely to become the next Vincent van Gogh (forget “not likely”, there will never be another van Gogh). But that’s not why we invest in people.

People are of greater value than what they produce. People simply matter.

The world will never see another Vincent van Gogh. But that’s okay. We only needed one.

But we can use all the Theo van Goghs we can get.