In Praise Of Walmart Churches

Home > 2019 > May
Innovative MinistryMay 15, 2019
In Praise Of Walmart Churches
Walmart churches don’t care how they look to others. They know who they are and who they’re called to reach.
Karl Vaters
Read as Single PagePage 1 of 2 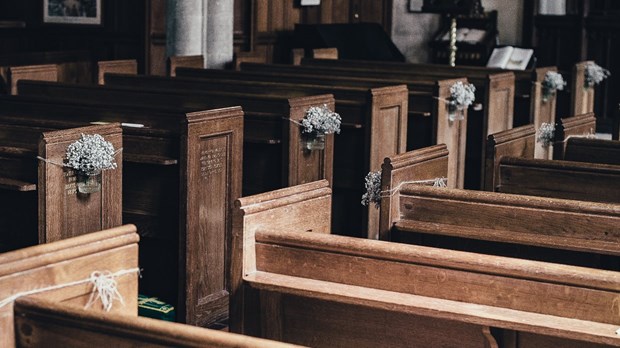 There are a lot of cool churches in the world.

It’s great to see them keeping up to date, trying innovative methods, and putting all they can into reaching a new generation in a language they can understand.

Then, there are the Walmart churches.

I call them Walmart churches because they’re filled with people you’d see at a typical Walmart. They’re not dressed in the latest fashions, singing the newest songs, or using the latest graphics and videos.

It’s great to see people who aren’t worried about acting cooler than the next church, and who have created a place where regular folk feel they belong.

Walmart churches sing songs everyone knows because they don’t change all that often. And the building is decorated (not designed, decorated) for Christmas, Easter, summer and Thanksgiving by a handful of women in the church who will reuse last year’s decorations again this year.

Cool churches get all the attention. Others look to them for how to rebrand their look, update their programs and modernize their facility.

Walmart churches get overlooked a lot. They’re often considered irrelevant, outdated and underperforming. No one turns to them for the latest trend-setting ideas. Instead, they’re often told to update or close down.

Unlike Walmart stores, most Walmart churches aren’t very big. But there are a lot of them. And a lot of people go to them.

Unlike Walmart stores, most Walmart churches aren’t very big. But there are a lot of them. And a lot of people go to them for worship, fellowship, ministry and more.

Like Walmart stores, Walmart churches are friendly, helpful, familiar, and they don’t make anyone feel intimidated for not keeping up with the latest fashions.

I like Walmart churches precisely because they don’t care how they look to others. They know who they are and who they’re called to reach. And they’re reaching a lot of people who don’t want a church that’s cool, hip and stylish, but warm, simple and familiar.

I like innovation in church (“innovative” is the first word in the tagline for this blog, after all) but I know that keeping up with the latest societal trends isn’t necessary to do great ministry.

We need a lot of Walmart churches because the world is filled with Walmart people. Folks who live simply, work hard, change slowly, spend wisely, give generously and minister with wide-open hearts.

Art and Design; Church Buildings; Church Leadership; Fellowship and Community; Humility
May 15, 2019 at 10:00 AM

In Praise Of Walmart Churches