Home > 2019 > September
Christian UnitySeptember 19, 2019
6 Reasons “Don’t Take It Personally” Is Bad Ministry Advice
When you spend your ministry time with people you know and love, it has to be personal.
Karl Vaters
Read as Single Page
Page 1 of 2 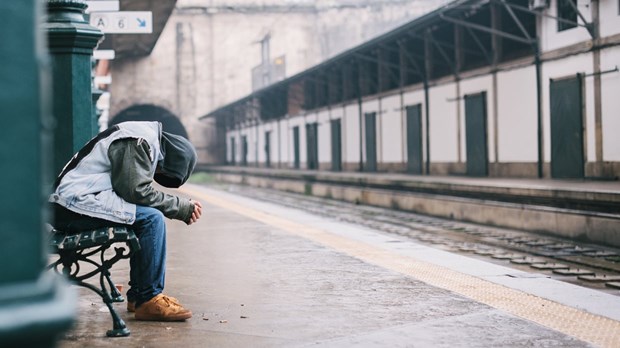 That may be the worst piece of advice I’ve ever received about ministry. It fails on so many levels.

Here are six of them.

Can you imagine Jesus giving anyone that advice? “Take up your cross and follow me – but don’t take it personally.”

Or the apostle Paul? “Follow my example as I follow the example of Christ – but don’t take it personally.”

Of course not. They took ministry very personally.

What’s the alternative to taking ministry personally? Taking it impersonally?

We don’t need more churches, ministries or ministers who care more about hyping the crowd than easing the burdens of real people.

We’ve had enough of that. We don’t need more churches, ministries or ministers who care more about hyping the crowd than easing the burdens of real people.

3. Taking It Personally ≠ Having No Boundaries

I think I get what people mean when they say “don’t take it personally.” They mean “don’t take on an emotional burden that’s not yours to bear.” And to that I say a hearty “amen!”

So let’s say that. Don’t take on someone else’s problems. Don’t insist on helping someone who doesn’t want to be helped. Maintain healthy emotional boundaries.

Even Jesus urged his disciples to wipe the dust off their sandals and go to another town when people refused the message.

But not taking ministry personally? Never mourning as you see people’s faces fade away through the haze of sandal dust?

That’s not the kind of ministry Jesus calls us to participate in.

Our communities are filled with people who need someone to take their situation personally.

Even the local coffee shop knows that people want their order called by name, not a randomly-assigned number. Sure, they may get the name wrong half the time, but it matters that they tried.

Knowing people’s names, hearing their story, calling them up because you miss them, and noticing the catch in their voice when they say they’re okay, but you know they’re not, is very personal.

In James 1:27 we’re told that “pure religion” is about caring for the distress of widows and orphans so much that we will live holy lives, unspotted from the world, to give them a safe place to land.