No, The Universe Doesn’t Care About Us – That’s Why We Need Jesus

Home > 2019 > September
Church & CultureSeptember 02, 2019
No, The Universe Doesn’t Care About Us – That’s Why We Need Jesus
The universe didn’t die for you. Jesus did. That makes all the difference.
Karl Vaters
Read as Single Page
Page 1 of 2 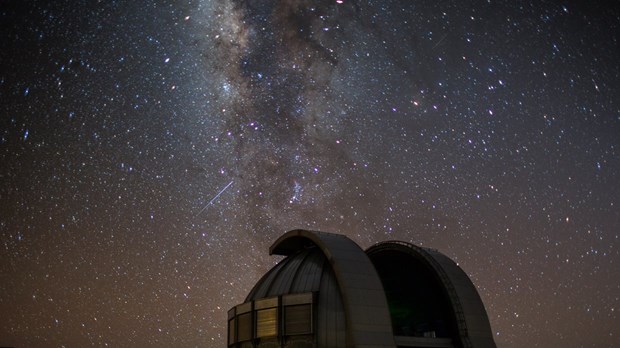 The universe is trying to tell us something.”

Last night as I was watching TV, a character said that line so matter-of-factly that it almost rolled past me without notice. After all, I’ve heard people say that in person and in popular entertainment hundreds of times.

But lately it’s been gnawing at me.

The Universe Isn’t Speaking To Us

I’ve been mulling over a harsh, but important truth, lately.

The universe isn’t trying to tell you something. It doesn’t love you. It’s not looking out for your best interests.

The universe can’t care about you, because the universe is not a conscious, self-aware being. It doesn’t have a moral code. It’s not beholden to you, me or anyone.

It’s not listening, because it can’t.

The universe doesn’t care about you or me any more than the odds-and-ends in my kitchen junk drawer care about us.

The universe doesn’t care about you or me any more than the odds-and-ends in my kitchen junk drawer care about us.

We have to stop anthropomorphizing the universe. Yeah, it’s a big word, but I’m not using it to show off. It’s the only word that fits here.

Anthropomorphism is what happens when we attribute human characteristics to non-human things. When a movie like The Lion King shows animals talking to each other, that’s an intentional anthropomorphization. For a couple hours we suspend our disbelief that animals can’t actually talk or sing like humans, and we’re entertained by it.

That’s what a lot of folks are doing with the universe. They’re attributing human characteristics to it. They’re treating this massive collection of stars, galaxies and a whole lot of empty space as if it was a being with a conscience, a heart, a mind, and a capacity to care about how badly you hate your job and want to be fulfilled in your life.

Sorry, but the universe doesn’t care if you’re fulfilled.

If you listen to what a lot people say about the universe, it actually sounds like a lot of our God language.

“The universe cares, loves, gives, and listens to us. And if we listen to what the universe is telling us, our lives will go better.”

If you replaced “the universe” with “God” in that paragraph, it could be mistaken for (shallow) Christian theology. And that’s what a lot of folks are actually doing. They’re rejecting God, then substituting the universe in God’s place, with a few tweaks so it fits what they want to believe.

No, The Universe Doesn’t Care About Us – That’s Why We Need Jesus