Well, not exactly. But Variety does report that the rock musician turned horror-movie director plans to direct a remake of The Blob. And CT sister publication Books & Culture did run an article last year exploring how the original 1958 version of that film was produced by a Christian film company determined to make a "wholesome horror film." (One of The Blob's producers, Russell S. Doughten Jr., went on to produce, write and act in a number of explicitly Christian films, including the end-times series that began with 1972's A Thief in the Night.)

And the Christian connections don't end there! The original movie spawned a sequel, 1972's Beware! The Blob, which featured Larry Norman and Randy Stonehill in bit parts. And the movie has been remade once before, by director Chuck Russell (The Mask, The Scorpion King), in 1988; and while I don't know anything about Russell's own religious persuasions, I do know that he was attached to direct the film version of Frank Peretti's This Present Darkness ... 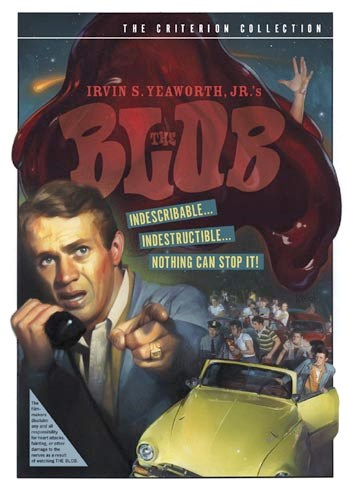