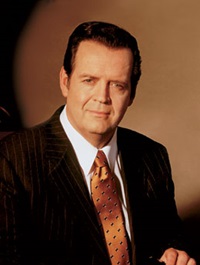 "To leave open the possibility of prosecuting men for what the Justice Department had declared was legal, I think is a horrific mistake," Land said. "If it were to lead to trials of some sort, it would rip the country apart."

Land's comments come amidst ongoing public debate about what constitutes torture, whether harsh interrogation techniques result in useful information, and what should happen to Bush administration officials who advised that waterboarding was legal, not torture.

Land explained that while he supports capital punishment for convicted killers, he denounces torture in all cases because he's compelled to honor the image of God as reflected in all human beings – even suspected terrorists. To justify waterboarding on the grounds that it helps save lives is to suggest that ends justify means, Land said, adding: "that is a very slippery slope that leads to dark and dangerous places."

"If the end justifies the means, then where do you draw the line?" Land said. "It's a moveable line. It's in pencil, not in ink. I believe there are absolutes. There are some things we must never do."

Former Vice President Dick Cheney has defended waterboarding as part of a "remarkably successful effort" to gather information about the al-Qaida terrorist network. Support for Cheney's position has come from such prominent Christian conservatives as former U.S. Attorney General John Ashcroft, who is Pentecostal.