Potty-mouthed hip-hopper vs. righteous rapper at Grammys. Sorta. And other Christian noms.
December 2, 2010 11:48 AM

No surprise that Eminem's Recovery, the top-selling album of the year, received a whopping ten Grammy nominations on Wednesday night, including Album of the Year, Song of the Year, and Record of the Year.

But what most Grammy watchers won't notice – either in the long list of nominees in every conceivable category, or on the Feb. 13 awards show on CBS – is that another album with a similar title is also up for rap album of the year. Well, Best Rock or Rap Gospel Album, that is, with Lecrae's terrific Rehab While Eminem's last two releases were titled Relapse and Recovery, Lecrae decided he was ready for some spiritual rehab, a theme that plays throughout his album. 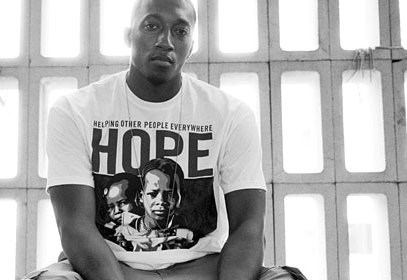