Is the tea party just a rebranding of Christian conservatives? Debate over this question is not new, but it has received new fuel recently.

David Campbell of Notre Dame University and Robert Putnam of Harvard University wrote an August 16 op-ed for the New York Times, reporting on their recent survey that shows that those who like the tea party are not the non-partisan fiscal conservatives described by the movement's leaders. Campbell and Putnam find that the tea party has attracted Republicans—not just any Republicans—social conservatives who want religion to play a greater role in political life.

"The Tea Party's generals may say their overriding concern is a smaller government, but not their rank and file, who are more concerned about putting God in government," Campbell and Putnam concluded.

First Things editor R. R. Reno agreed that tea party supporters were religious conservatives. However, he took issue with Campbell and Putnam's conclusion that it was religion, not fiscal issues, ... 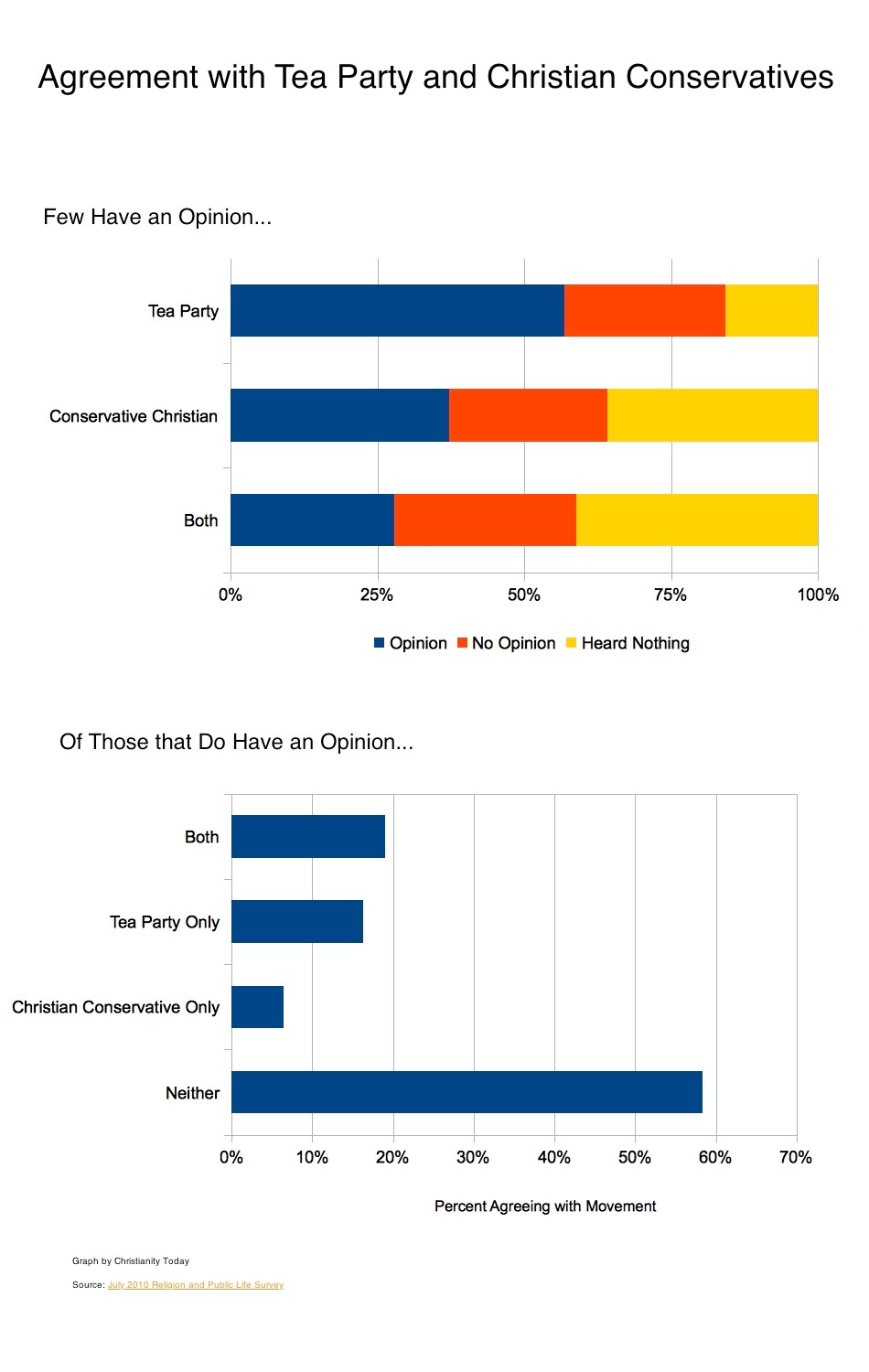