The economy remains the most prominent issue ahead of the primary season as social issues play a less prominent role. The most salient personal split has been between Mitt Romney, an executive-turned-politician who is Mormon, and Newt Gingrich, the former Speaker of the House.

While Romney has his base of support, Gingrich has been taking off in the polls. Christian conservatives appear more comfortable with a thrice-married Lutheran-turned-Baptist-turned-Catholic than a Mormon candidate who has been married for over four decades.

Gingrich's political director in Iowa resigned after less than a week on the job. Craig Bergman's resignation came after the website The Iowa Republican reported that Bergman called Mormonism a cult, just one day before he joined Gingrich's campaign.

Speaking as part of a focus group, Bergman said, "A lot of the evangelicals believe God would give us four more years of Obama just for the opportunity to expose the cult of Mormon…There's a thousand pastors ... 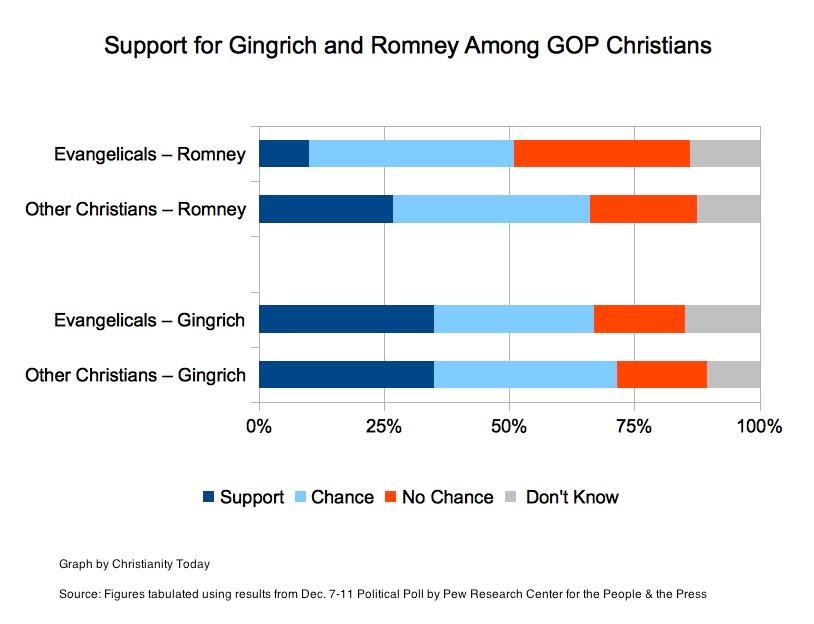