In 1976, a Time cover story on evangelicals focused on the rise of a "New Empire of Faith," And despite the name, the evangelical "empire" was apolitical. There were few organized political efforts led by evangelicals. This is no longer the case. According to a new study by the Pew Forum on Religion and Public Life, the number of evangelical interest groups has grown steadily from just a few three decades ago to over 40 today. Pew found over 200 faith-based interest groups representing both large and small religious groups. Of these, almost one in five are groups that represent evangelicals and their churches.

Before the 1980s, the few evangelical interest groups that existed were those who represented institutions. The National Association of Evangelicals, the Baptist World Alliance, the Council for Christian Colleges and Universities, and others represented churches, colleges, and other religious organizations in the nation's capital. The National Religious Broadcasters Association, ... 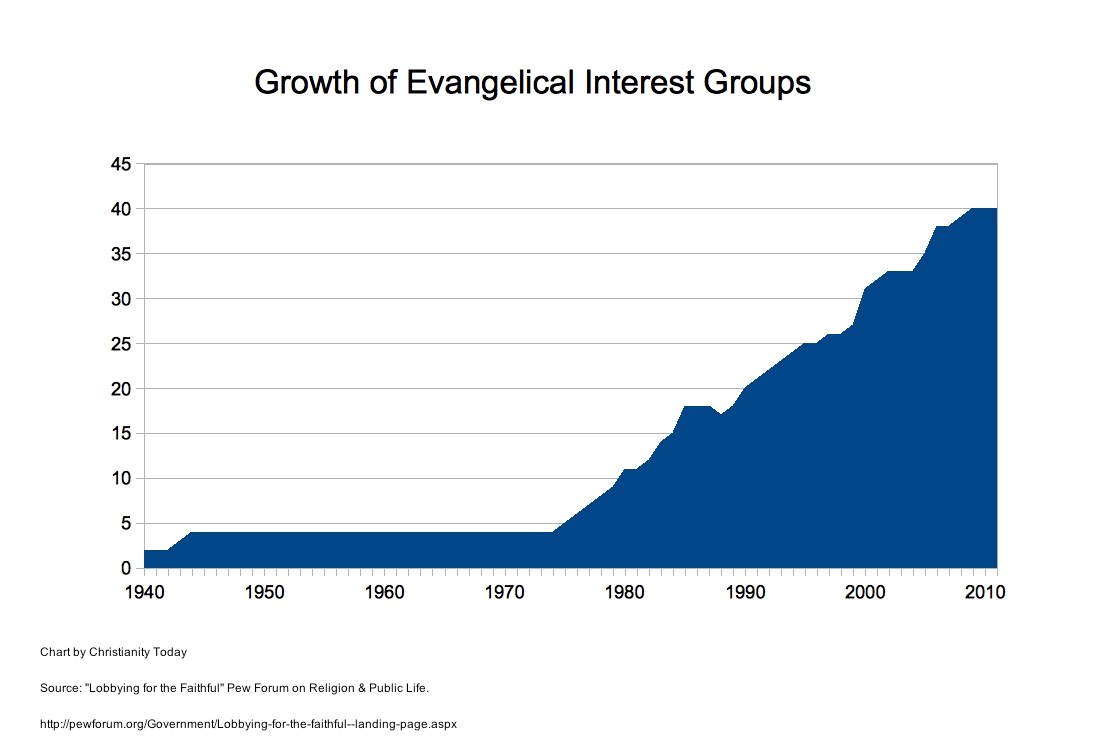