'The Identical' is one of four Presley pictures in the works, according to 'Hollywood Reporter'
December 09, 2011 4:38 PM

Since the success of Ray and The Man in Black, biopics about Ray Charles and Johnny Cash, respectively, Hollywood execs – not to mention millions of music fans – have been clamoring for a major motion picture about the life of Elvis Presley.

The Hollywood Reporterrecently noted that at least four Elvis flicks are in various stage of development, but perhaps the most surprising is one titled The Identical, which will have "a faith-based bent," focusing on "Presley's interest in gospel music and his religious roots." That movie, adapted by screenwriter Howie Klausner (Space Cowboys) will star Ryan Pelton (pictured here), a real-life Elvis impersonator, and will include licensed Presley music.

The Identical will be produced by City of Peace films, which has a mission statement to create products with "redeeming value" and "bringing a message of hope, love and encouragement to this generation." Studio president Yochanan Marcellino said that he wasn't planning to say much about The Identical ... 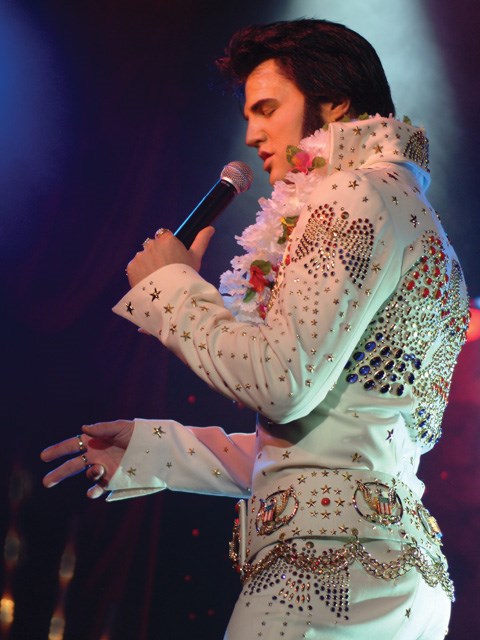