Ambitious 'Genesis Code,' made by Christians, has strengths and weaknesses
January 24, 2011 06:01 PM 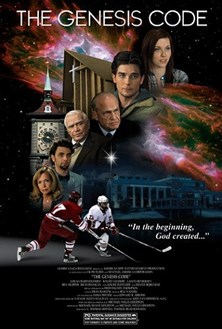 A new film, The Genesis Code, is beginning to make its way to theaters over the coming weeks and months. The movie, made by Christians in Grand Rapids, Michigan, tackles three main themes—the compatibility of science and faith, sanctity of life issues (especially at the end of life), and academic freedom in the classroom (particularly for students of faith to be able to voice their beliefs).

The $5 million film is an ambitious project spearheaded by Jerry Zandstra, a pastor and college prof in Grand Rapids (he teaches economics at Cornerstone University). Zandstra, a conservative activist in Michigan and the head of that state's Pro-Life Federation, unsuccessfully ran for the Republican nomination for U.S. Senate in 2006.

Zandstra has said that he hopes The Genesis Code stirs up political waters, which is why he scheduled its first two non-local screenings in Iowa and New Hampshire – to be the first two states to voice their preference for the 2012 GOP presidential nominee. The first screening, Wednesday night in Des Moines, will be hosted by the Iowa Christian Alliance Education Fund and The Patriots Fund. Expected to attend are several well-known Iowa GOP politicos such as Steve Scheffler of the Iowa Christian Alliance and Kim Lehman of the John Paul II Stem Cell Research Institute – both members of the Republican National Committee.

The film itself has its strengths and weaknesses. There's a 30-minute documentary-style segment that's especially fascinating, explaining the compatibility between science and faith as it relates to the Genesis timetable (God created everything in six days) and the cosmic timetable embraced by science today (about 16 billion years).

But sandwiched around that is a mediocre film with a relatively cheesy story about a Christian college student journalist who falls for the star of the men's hockey team, who is not a believer. The young woman is wrestling with expressing her Christian beliefs in the context of academia, and the hockey dude is wrestling with Big Questions because his mom is dying. Good ideas, but not very good execution, with less-than-believable plot developments including an over-the-top conclusion that wraps up far too neatly.

I wish they'd developed the best 30 minutes of the film into a 90-minute documentary, focusing on the "code" itself – the idea that God's six days of creation are quite compatible with the cosmic time of 16 billion years since the Big Bang. That's the good stuff in this movie.