Few 20-year-olds write memoirs. Fewer still see their books on The New York Times bestsellers list. But Bristol Palin has turned her three years in the national spotlight into a publishing success. Like many public figures, Palin employed the help of a professional writer, in this case Nancy French, a writer and activist who co-founded Evangelicals for Mitt (EFM) in 2005. Today, French and EFM continue to campaign for Mitt Romney among evangelicals, many of whom are wary of supporting a Mormon candidate.

Palin told Christianity Today that French's backing of Mitt Romney was not a problem, even if Palin's mother, Sarah, ran for president, too. "Regardless of who she votes for politically or anything like that we're still going to be really close," Palin said.

French is no stranger to memoir writing. She has two of her own. Her latest, released less than two weeks after the Palin's Not Afraid of Life, is Home and Away, written with her husband about his decision to enlist. Nor is this her ... 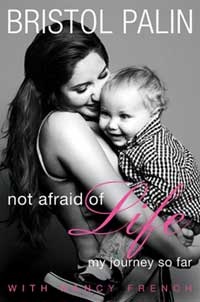