The state of New York began issuing marriage licenses to same-sex couples earlier this week. New York's decision to expand the definition of marriage to include gay couples, which affects the third-largest state population in the U.S., is seen by many as an important symbolic victory in the fights over gay rights and marriage.

In the days leading up to the new legislation, proponents of gay marriage said that traditional marriage advocates would find themselves on the wrong side of history. A long-running beliefs poll indicates a dramatic shift in views of homosexuality in recent years: What was once widely believed to be wrong is now considered morally acceptable by a majority of Americans.

From 1973 to 2010, the General Social Survey (GSS) has asked Americans if they think sexual relations between same-sex couples are wrong. Up until 2008, a majority of Americans have answered that such behavior is 'always wrong.' But the latest GSS, conducted in 2010, finds that only 46 percent of Americans ... 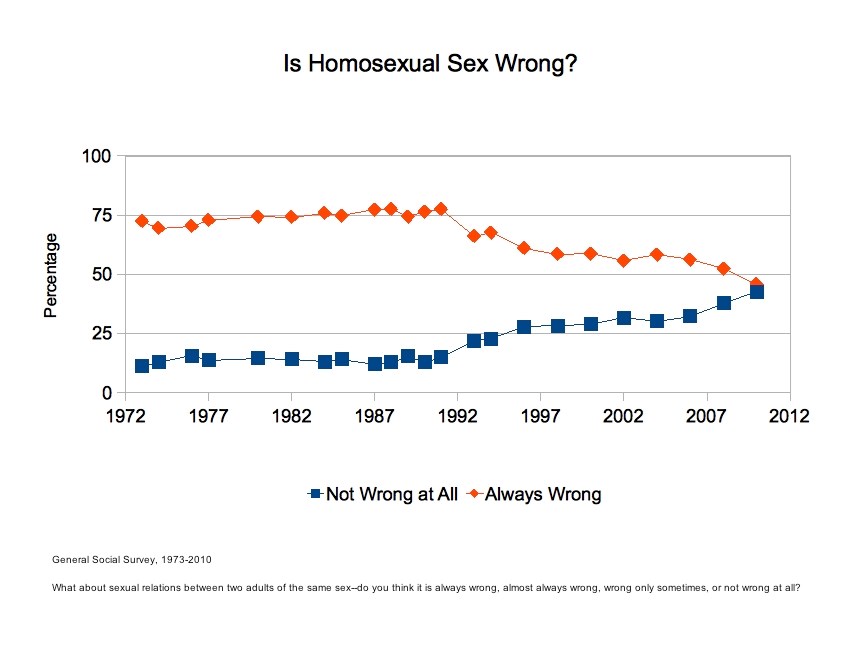