Mitt Romney formally announced his bid for the Republican nomination for president yesterday in New Hampshire, but a new poll suggests that the former governor of Massachusetts may still face an uphill climb to secure the votes of evangelicals because of his Mormon faith.

The May 25-30 survey from the Pew Research Center for the People and the Press asked people how they would vote for presidential candidates with different traits. The survey found that a third of evangelicals (34 percent) said they would be less likely to vote for someone who is Mormon, compared to Mainline Protestants (19 percent) or Catholics (16 percent).

The findings were similar to Pew's 2007 survey when Romney attempted a previous run. With evangelicals making up a major voting bloc in the GOP primaries, particularly in early states like Iowa and South Carolina, a reluctance to vote for a Mormon candidate could hurt Romney. It could also affect fellow Mormon (albeit with different level of commitment) former Utah ... 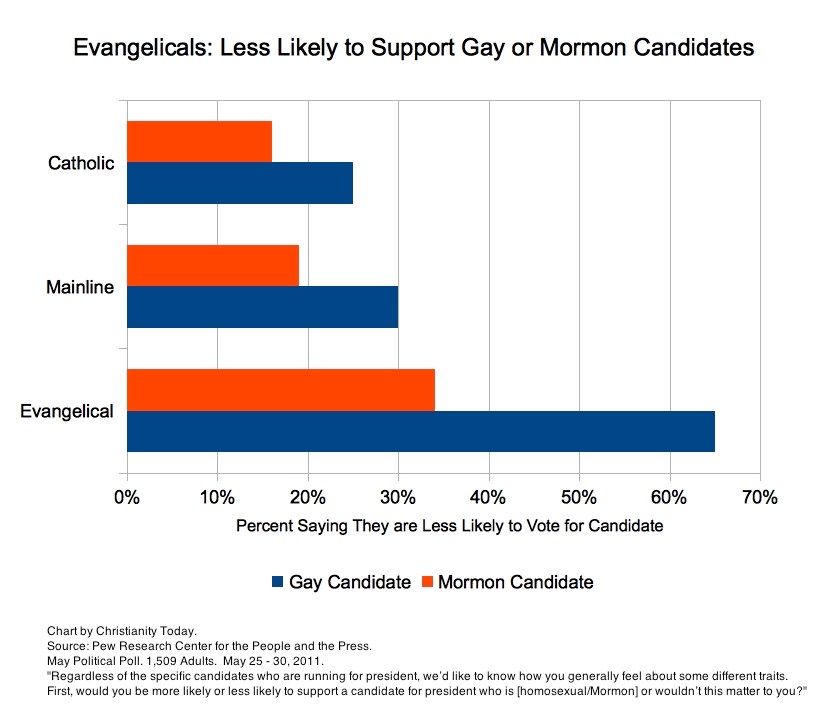