Just 318 days before the Iowa caucuses launch the first round of the presidential primaries, a poll suggests a religious divide among Republican primary voters. Former Arkansas governor (and former Baptist pastor) Mike Huckabee polls well among church-goers and evangelicals who are key voting blocs in the Republican primary, according to a new poll by Pew Research Center for the People and the Press.

Pew finds Huckabee and Romney leading the field among Republicans nationwide, each with around one-fifth of Republicans naming them as their top choice. But there is a religious split among GOP voters, with 29 percent of white evangelicals favoring Huckabee and only 15 percent picking Romney.

Huckabee did about as well among Catholics (27 vs. 16 percent). Huckabee's support among white mainline Protestants was lower (15 percent); Romney was the top-choice of 22 percent of mainliners.

In general, Huckabee performs best among religious voters, with 30 percent of those who attend church weekly ... 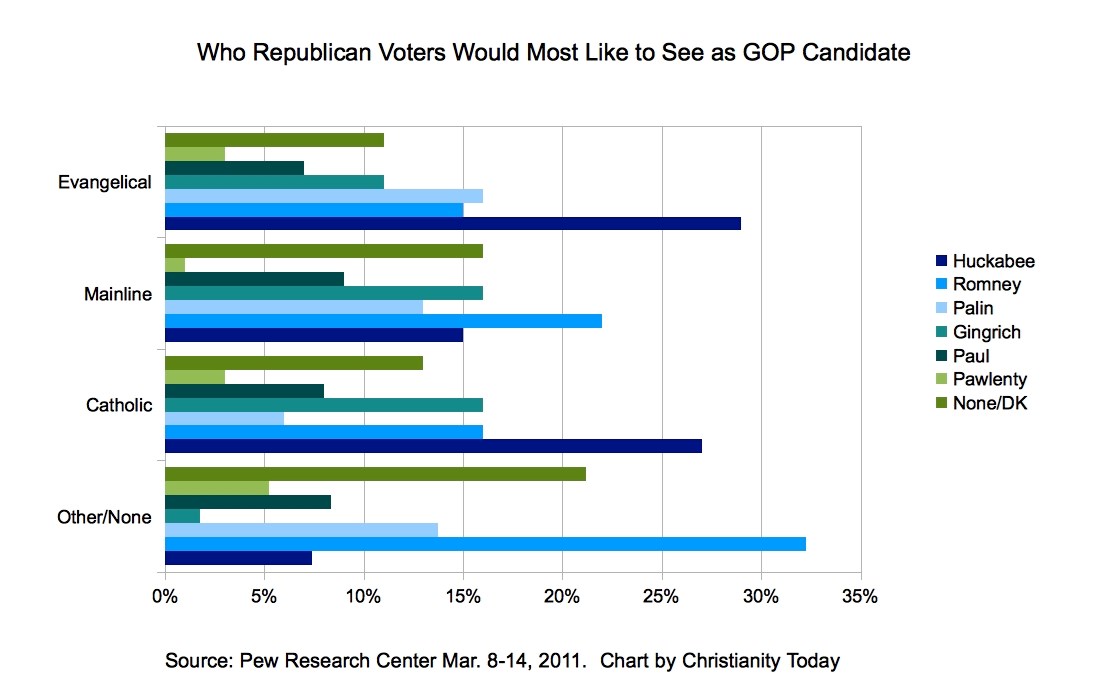