Michele Bachmann and Beverly LaHaye appear to be the exception, not the rule, in conservative politics. A recent "Battleground Poll" conducted by Politico and George Washington University suggests that there is a gap between male and female evangelicals.

The November poll interviewed 1,000 likely voters about their plans for the upcoming election, their views of current events, and their evaluations of government. Among those interviewed, evangelical men were some of the most conservative.

Evangelical women, however, were almost evenly split, with around 44 percent favoring Obama and 43 percent supporting the Republican, about the same as men who are not evangelical.

Women who are not evangelical ... 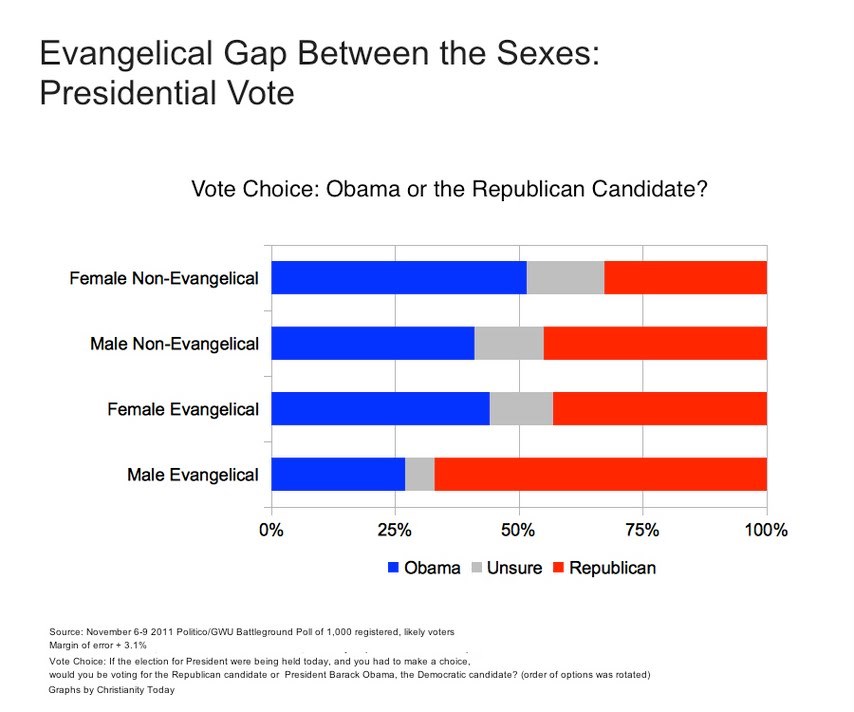