By comparing abortion to the Holocaust, Ray Comfort has rankled thousands of viewers
October 26, 2011 05:39 PM

Ray Comfort, a New Zealand-born evangelist and founder of Living Waters, an evangelism training ministry, has never been shy about his faith, even to the point of confrontation. He has publicly debated atheists and doubters, and has even challenged Darwinian biologist (and noted atheist) Richard Dawkins to a debate, offering $20,000 for such an event. (Dawkins has declined, reportedly insisting on $100,000.) Comfort is also co-host (with Kirk Cameron) of The Way of the Master television.

Comfort is accustomed to having his share of critics, but in recent weeks, thousands have opened fire on him after watching his 33-minute film, 180, which compares the tragedy of abortion to the Holocaust – a comparison that Comfort does not take lightly, as he grew up Jewish. In the video, Comfort does a number of man-on-the-street interviews, asking people about Hitler and the Holocaust before shifting the conversation to abortion, urging his interviewees to see and understand the comparison. Some end ... 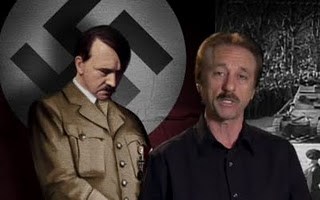