Focus on the Family founder James Dobson fell while horseback riding in Montana on Saturday and broke several bones, according to a brief blog post by Focus president Jim Daly. The fall caused a fractured clavicle, a fractured scapula, and several broken ribs, according to a Family Talk press release. Daly says, "he's in good spirits and expected to make a full recovery."

Dobson experienced a heart attack in 1990 after one of his tri-weekly basketball games at First Church of the Nazarene, after which his doctors forced him to give up basketball. His father died of heart disease, according to Dobson's biography Family Man.

In 1998, Dobson experienced a major stroke, which made it difficult for him to speak and articulate words during recovery. The ministry leader later called it "the greatest crisis of my life." He was diagnosed with prostate cancer in 2002, and in 2003, he had a tiny ulcer in his colon, causing an artery to explode, which he recovered from quickly. 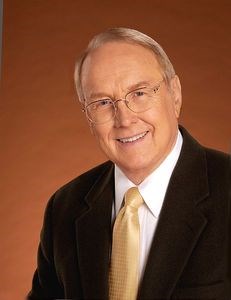