Leaders are more focused on the economy ahead of the election.
Tobin Grant|April 3, 2012 10:46 AM

Republican leaders in the House are avoiding legislation dealing with traditional marriage, Congressional Quarterly(CQ) and Politico report. The economy—not social issues—will be the focus of the congressional agenda.

At the beginning of March, House conservatives introduced the Marriage Protection Act, which would kick all marriage cases from federal courts to states. A second bill would amend the Constitution to define marriage as the union between one man and one woman. Both pieces of legislation are now off the table.

Rep. Louie Gohmert (R-TX) cosponsored the federal marriage amendment, but he acknowledged that the issue is not front-and-center on the agenda. "That's not something we're focused on now," Gohmert told Politico.

For conservatives who want to see a debate on the question of marriage, the decision to focus on economic policy is a hiatus, not a retreat from social issues.

"I don't know that people's opinions have changed that much, but what I think has happened is that people ... 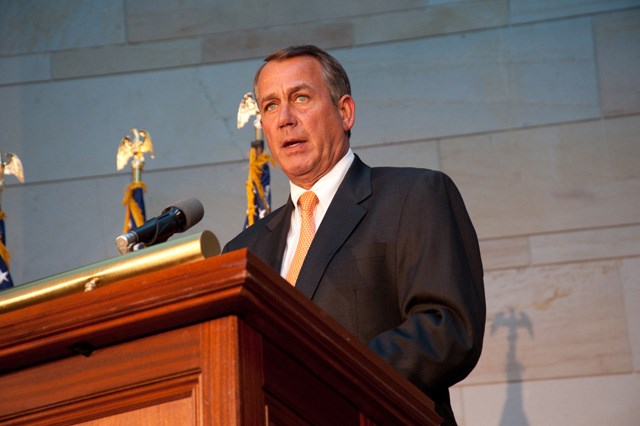