Heading into South Carolina's primary tomorrow, social conservatives are looking to the hills for help–literally. While the entire state is considered conservative, the mountainous and piedmont regions in the northwest are strongholds for religious and social conservatives. If another candidate will beat out frontrunner Mitt Romney, he will likely need to first unite the hill country where evangelicals form the base of the GOP. But even if this region unites around a candidate, there may not be enough votes to defeat Romney.

In recent polls, Rick Santorum and Newt Gingrich were even with around 20 percent of the vote. Another poll shows Gingrich is tied with Romney. Campaigns are spending millions of dollars in ads and both Santorum and Gingrich need a strong showing, if not a win, to continue their bids for the Republican presidential nomination. To win, one of the candidates will need to secure the northern, mountainous region known for its social conservatism. 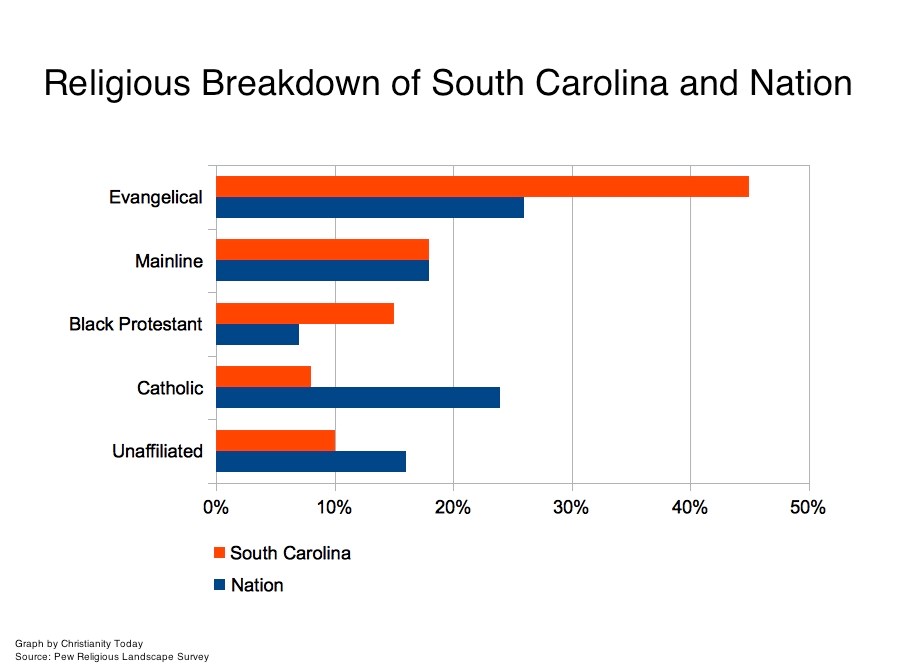 Conservatives Lift Up Their Eyes to the Hills for ...