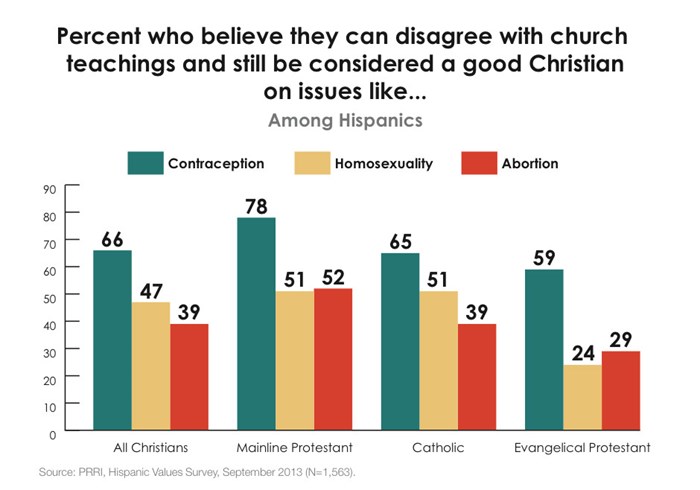 A new survey sheds more light on the ongoing trend of many Hispanic Catholics becoming evangelicals in America. Seems the ranks of the religiously unaffiliated are now an equal destination.

"The [media and academic] narrative ...

Evangelicals Now Have More Competition for ...