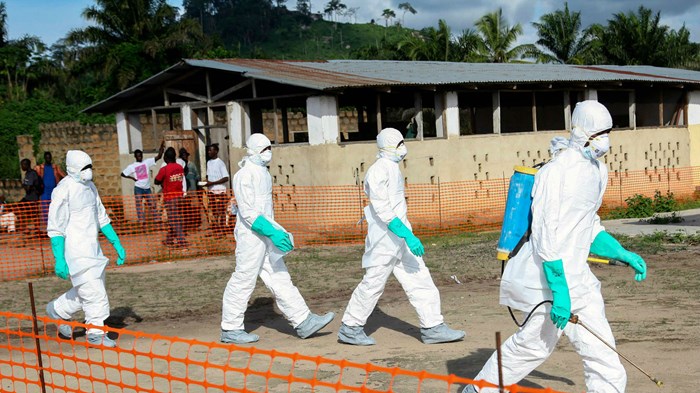 Amid the world's worst Ebola outbreak—hitting capital cities and medical personnel in West Africa at an unprecedented rate—two North Carolina ministries are evacuating many of their workers.

Two Americans—both serving in the same Liberian hospital but with different Christian groups—are in "stable but grave condition" after contracting the deadly Ebola virus that has claimed more than 887 lives since February, according to the World Health Organization.

Kent Brantly, a 33-year-old doctor from Texas, contracted the virus while serving as the medical director of an Ebola care center for Samaritan's Purse outside Monrovia, Liberia. After a week of treatment in Africa, Brantly flew to the U.S. on Saturday and is currently in an isolation unit at Emory University Hospital, where his condition appears to be improving, reports The Wall Street Journal (WSJ).

The second victim, Nancy Writebol, works for Serving in Mission (SIM), which runs the hospital that hosts the Samaritan's Purse clinic. Writebol, a mother of two, worked as a hygienist at the care center, spraying down the protective suits worn by the medical workers. She is expected to return to the U.S. tomorrow (Tuesday), said SIM.

"We thank God that they are alive and now have access to the best care in the world," said Franklin Graham, president of Samaritan's Purse. 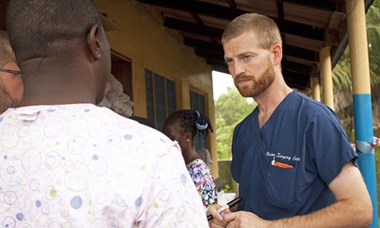 Brantly, who initially turned down an experimental serum so that Writebol could take it first, has been receiving blood transfusions from a 14-year-old survivor he helped treat, according to Samaritan's Purse. The experimental drug, known as ZMapp, was delivered in three doses to the Liberia hospital where both patients were being treated.

Brantly, whose condition suddenly took a turn for the worse after agreeing to give Writebol the first thawed medication, later asked to take the first dose as he thought he was dying. His condition improved dramatically within an hour in what one of the doctors described as a "miraculous" recovery, reports CNN. Writebol's response was not as immediate, but her condition improved after another dose. 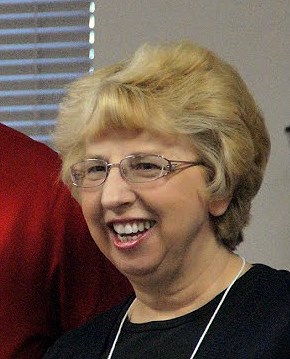 Meanwhile, in neighboring Sierra Leone, a doctor leading the fight against Ebola died Tuesday from the disease, according to Reuters. Another top doctor in Liberia recently died, as did a Catholic hospital director, while a Nigerian doctor who helped treat a U.S. victim has also been infected. Dozens of local health workers have also contracted the deadly and contagious virus. While the fatality rate can be as high as 90 percent, the death rate has been 55 percent in this West Africa Ebola outbreak, according to the WSJ.

Both Samaritan's Purse and SIM are evacuating about 60 people—all "nonessential personnel"—from Liberia, reports SIM. But SIM (which states it became "one of the largest Christian medical missions in the world" even though two of its three founders "died of malaria within the first year of the organization's founding") is also "sending another American doctor to help with the treatment of Ebola patients" in Monrovia.

"Right now, we are continuing our operations at the Ebola Case Management Centers in Liberia," said Melissa Strickland, spokesperson for Samaritan's Purse. "These centers provide direct clinical care to those who are suffering from the virus."

In what the WHO is calling the largest outbreak in recorded history, the Ebola virus has hit the West African nations of Liberia, Sierra Leone, and Guinea with 1,323 cases so far, reports the WSJ. 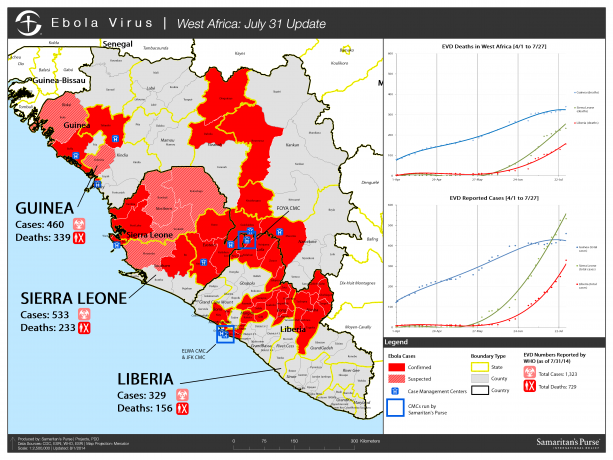 According to Samaritan's Purse:

The two cases underscore the seriousness of the horrific outbreak that is spreading throughout Liberia, Sierra Leone, and Guinea and infecting hundreds of people at an unprecedented rate. The deadly disease, which causes massive internal bleeding and has a mortality rate of 60 to 90 percent in most situations, has claimed more than 725 lives.

In the span of 32 years (1976-2008), the Ebola virus infected 2,232 people in remote village areas and killed 1,503. Just since early this year, the mortality rate has already claimed nearly a third of those fatalities as it has infiltrated three capital cities with populations in the millions.

Since the symptoms of Ebola—fevers and sore throats—closely resemble other diseases, health officials are struggling to control its spread. The virus has hit harder in urban areas, while previous outbreaks were more contained to rural villages. "There is no cure for Ebola," said Strickland. "Patients are given intensive medical care to support them and give their bodies as much as strength as possible to fight the disease."

"I think the worst is yet to come," Samaritan's Purse vice president toldUSA Today. "I hope I'm wrong."

The porous borders between countries in West Africa add to the spread of the disease, said Hilde de Clerck with Doctors Without Borders (MSF), another organization working to prevent the outbreak.

"The high level of population mobility is another aggravating factor in the spread of the disease," said de Clerck. "People in these areas of West Africa are more mobile than those MSF has treated in previous Ebola outbreaks in Uganda or the Democratic Republic of the Congo. For instance, one patient we treated had traveled through five villages in a single week before coming to our treatment center. This means that he could have infected other people in each of those villages as he passed through."

CT often covers medicine and health, including churches that suspended taking Communion or entire services during the Ebola outbreak in Uganda in 2000.

CT regularly reports on Liberia, including how Christians have debated calling it a Christian nation and how Nobel Peace Prize winner Leymah Gbowee's push for reconciliation began with faith. CT also reported how churches brought healing to the war-ravaged country, and how Liberia's past reflected on its cruel civil war.