Sign of the Ice Dancing Cross: Good News for Missionaries at Sochi Olympics

Russians returning in droves to Christianity (though not to church), according to new Pew research.
Kate Tracy|February 18, 2014 11:25 AM 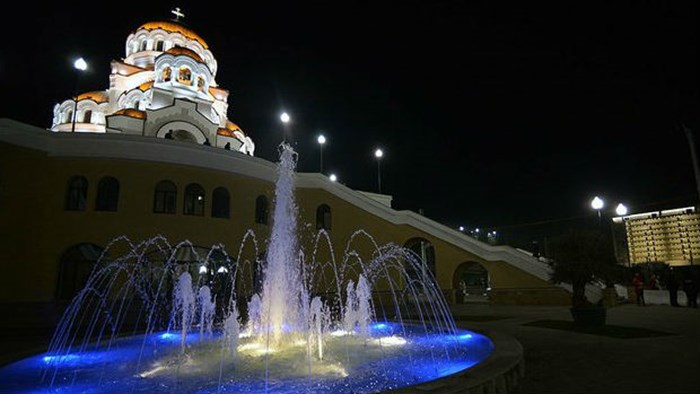 The gestures are evidence that the Orthodox Church is reviving in Russia, a country which was strictly enforcing atheism the last time it hosted the Olympics in 1980, a Reuters reporter observed.

And new numbers back up the trend.

Russian adults identifying as Orthodox Christians shot up from 31 percent to 72 percent since the collapse of Communism in 1991, according to a new Pew Research Center study. What's more, the number of adults claiming a belief in God rose from 38 percent to 56 percent during the same time period.

The growing Russian openness to religion is good news for Russian evangelicals, who are active in Sochi, but also for Americans evangelizing during the Olympics, Baptist Press reports.

"Sochi today, since the Olympics started, is 180 degrees different than Sochi in January 2010," Marc Hooks, co-director of Engage Sochi, told Baptist Press. "Never have I seen Russians so open."

And American evangelicals are taking advantage of it. Engage Sochi, an International Mission Board church planting and mass evangelism effort, aims to spread the gospel during and after the games. About 20 International Sports Chaplains are walking through the crowds, sharing pins that represent the story of Jesus (and drawing NPR's attention). And the Singing Men of Oklahoma are gathering crowds with gospel tunes and then mingling with them to share that gospel.

Though the openness is encouraging and the jump in Orthodox Russians seems immense, it's impossible to say how many were quietly Orthodox during the Soviet period but unwilling to risk identifying themselves that way, according to the Pew report.

"It may be that after the fall of the U.S.S.R. in 1991, Russians felt freer to express the religious identities they had quietly maintained during the Soviet era," Pew stated. "However, given that the share of Russians identifying with a religion rose almost as much between 1998 and 2008 as it did from 1991 to 1998, the data suggest that the change is not solely an immediate aftereffect of the collapse of the Soviet system."

Among men, the increase in religion was particularly pronounced, with 63 percent of men self-identifying as Orthodox Christian, compared to 17 percent in 1991. Meanwhile, more than 40 percent of women identified themselves as Orthodox in 1991, and that number climbed to 81 percent in 2008.

Russian Ministries president Sergey Rakhuba told CT that the Pew report was "fascinating" but missing some important trends, including the increasing political influence of the Russian Orthodox Church, which is contributing to religious oppression.

The report also undercounts the true number of evangelical churches, he said. "The numbers of churches it reports are based only on official state registration, but the 1997 Law on Religion did not allow small groups to register, so they are not included in any research."

CT has noted Christian athletes to watch during the Sochi Olympics, while Amy Julia Becker shares how an Olympic ad has taught her about God. CT has also covered Russia's drinking problem and the Christian response, along with the seemingly contradictory mandate to teach religion in public schools and the order to destroy religious liberty.

Sign of the Ice Dancing Cross: Good News for Missionaries at Sochi Olympics

Sign of the Ice Dancing Cross: Good News for ...