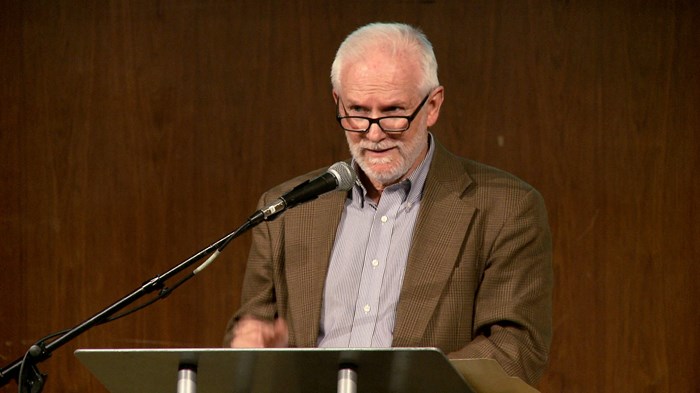 Today, the university's press office posted online an announcement of Mitchell's death, which occurred on the evening of July 10 while he was in Colorado visiting family.

Mitchell, 63, joined the Biola University faculty one year ago and quickly became a beloved professor and friend to students and colleagues alike.

"A careful and imaginative scholar, Chris was a person of deep faith, authentic humility, generous spirit, and resonant compassion. He will be missed," said David Nystrom, provost and senior vice president.

Biola grieves the loss of this dear member of the Biola community and mourns with his family.

"Though Dr. Mitchell joined Biola from Wheaton College only one year ago, he and Julie quickly became part of our family," said Biola University President Barry H. Corey. "They loved being here, and we loved having them here. How profoundly sad we are today and how sincerely we extend our prayers and comfort to his wife Julie and their children, in-laws and grandchildren."

Mitchell was a premier C.S. Lewis scholar and former director of the Marion E. Wade Center at Wheaton College in Illinois, a study center devoted to researching the lives and works of influential Christian writers including C.S. Lewis, J.R.R. Tolkien and others. He is the author of numerous articles on C.S. Lewis.

"'Blessed are the peacemakers, for they will be called children of God.' That line from the beatitudes is what often came to mind when I thought of Chris, and it's what I give thanks for today as I mourn his terribly sudden death," said Michael Ward, author of Planet Narnia, and Fellow of Blackfriars, University of Oxford, England, in an email statement to CT.

"He was a national and international peacemaker in the sometimes territorial world of Inklings scholarship, and he brought peace not by flattery or bromides, still less by calculating diplomacy, but simply by being an honest and good man.

"He was a truly humble servant of his vocation, and during his 19 years as director of the Wade Center consolidated and extended its reputation, both academically and pastorally - a rare double achievement. May he rest in peace and rise in glory."