The catch: The church you attend has to emphasize faith-work integration—and you have to show up.
Sarah Eekhoff Zylstra|July 16, 2014 05:38 PM 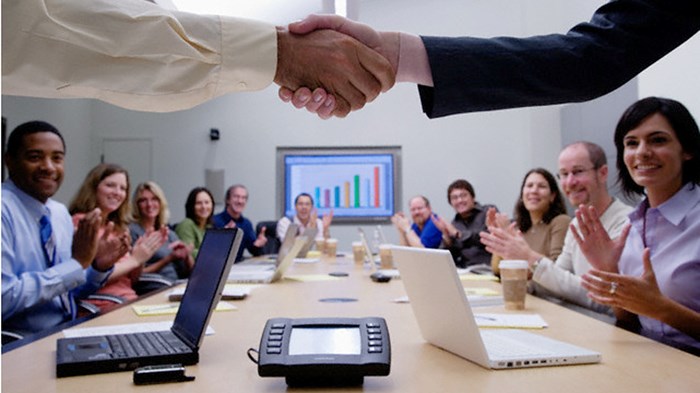 If they can be tempted away from their workplaces to worship, churches can make parishioners happier with their jobs, new research shows.

Regular attenders who frequent a church that teaches God is present at your workplace, work is a mission from God, or that faith can guide work decisions and practices is a good sign for your career, according to a recent study from Baylor University.

Those who often attend churches with that philosophy are more likely to be committed to their work, be satisfied with their work and look for ways to expand or grow the business.

The effect isn't huge, but it is statistically significant, said Baylor researcher Jerry Park. Park and his fellow researchers point out in the study that the small effect size might be meaningful in another way: As an indication that current survey questions and methods do a poor job of measuring the importance and influence of religion in respondents' lives.

(CT previously reported on the anomalous non-Christians who say they interpret the Bible literally, and The Atlantic pointed out the difficulty of asking survey respondents to decide if religion could answer all the world's problems or is old fashioned and out of date.)

As Park points out, one challenge might be in getting to church in the first place: 24 percent of religiously affiliated Americans mention practical difficulties, including work conflicts, as a barrier to church attendance, according to a Pew Research Center study.

Of church attenders—not just those who identify with a religion—more than a quarter say their work schedules make it difficult for them to regularly participate in congregational events, according to a 2008 Faith Communities Today survey. Church distractions associated with this "secularization of Sunday" also come from children's sports programs and school-related activities, that survey found. A 2013 study published in the Review of Religious Researchconfirmed the attraction of sports.

CT profiles workers who integrate faith in their jobs, including Harrison Higgins, a woodworker whose theology informs his furniture making. CT tells his story here.

CT also often covers workplace issues, including how a job at Costco gave one man his dignity, how mentioning your faith on your resume makes you less likely to land the interview, and how addiction to work, among other things, is the spiritual disease of our time.