Hegazy, the first Muslim-background believer to sue Egypt to recognize his conversion, charged with disturbing the peace.
Morning Star News|June 20, 2014 10:25 AM 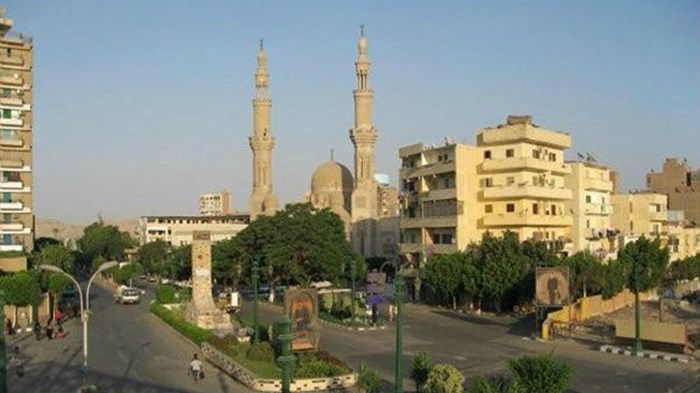 (MSN) The first Egyptian convert to try to legally change his religious identity from Islam to Christianity on his government ID was sentenced Wednesday to five years in prison.

Bishoy Armia Boulous, formerly known as Mohammed Hegazy, received the prison term and a fine of 500 Egyptian pounds (US$70) for what the judge called "disturbing the peace by broadcasting false information" after the 31-year-old Christian documented political unrest in Egypt brought on by numerous Muslim extremist attacks on Christians, attorney Wagdy Halfa said.

The exact section of the nation's criminal code that Boulous allegedly violated was not released, but the judge in Minya Criminal Court stated that he was convicted of "disturbing the peace by broadcasting false information on The Way TV, an evangelism channel, that disturbed the peace and public security."

Halfa is awaiting the official court record of the verdict, expected within a month, which should delineate the exact article violated and reasoning for the sentence. It is likely Boulous was convicted for violating Article 176, or inciting sectarian violence, his attorney said. Boulous plans to appeal, but Halfa said it would likely be refused.

He maintained his client's innocence.

Halfa added that the real reason Boulous was charged and sentenced was because he abandoned Islam and became a Christian.

"The officer who arrested him, when he found that he hadn't committed a crime, made up things to keep him in prison so he could be sentenced," he said.

On the morning of Dec. 4, 2013, at a cafe in the city of Minya, 260 kilometers (161 miles) south of Cairo, security forces arrested Boulous with a camera and four flash drives. Officials claimed Boulous was working for The Way TV, a Coptic Christian-owned, U.S.-based religious television channel that broadcasts into Egypt via satellite. [CT recently examined debate over how Christian broadcasters can best evangelize Muslims.]

Security forces claimed that Boulous was contributing to a "false image" that there was violence against Christians in Minya. At the time of his arrest, Christians in Minya had suffered numerous public kidnappings, assaults, and attacks on their property, including attacks on several churches that mobs of militant Muslims burned to the ground.

In August 2007, Boulous earned widespread fame – and rage from Islamists – when he decided to file a legal case to have his religion and name changed on his government-issued identification card. In a country where 84 percent of Egyptian Muslims polled three year later said the state should execute those who leave Islam, Boulous became an extremely controversial figure as his face appeared on newspapers and magazines across the country.

When he was arrested last year, human rights activists said they feared for his safety. Halfa confirmed that Boulous has been tortured and attacked in prison, but declined to give any details about his mistreatment or injuries.

"He told me he has been treated in an inhumane way in prison," Halfa said.

Part of the charges against Boulous had to do with his status as a journalist. Egyptian media reported that he was investigated for gathering news for The Way TV.

In an on-air statement on his channel shortly after Boulous' arrest, Joseph Nasrallah, head of The Way TV, said, "The Tarik [Way] Channel had nothing to do with Mohammed Hegazy, who is known as Bishoy Armia Boulous, in any way." But Nasrallah gave seemingly contradictory statements to Morning Star News about Boulous, saying that he had been in contact with Boulous, and that Nasrallah had told him that he would consider hiring him but had not committed to doing so.

Boulous became a Christian in 1998. After his conversion, he was arrested several times by the former State Security Investigations Service (SSI). Boulous was tortured by SSI agents for three days during one of his stints in jail, he told a Compass Direct News reporter in 2010. Still, he refused to recant his faith in Christ.

Boulous said the main reason he filed the suit was to protect his children from the same persecution he suffered for becoming a Christian. After filing suit, he was forced into hiding when attacks and threats against his life became overwhelming. In one incident, for several days extremists surrounded a home where Boulous was no longer living. In another, a group of men broke into Boulous' apartment, rifled through it and set it on fire while he was away.

According to Mamdouh Nakhla, chairman of the Kalema Organization for Human Rights, Boulous' wife, also a convert from Islam, and their two children are living in an undisclosed country in Europe.

Religious freedom is guaranteed under Egyptian law but is limited by various interpretations of sharia (Islamic law), which can override national law. While it is easy and even encouraged for someone in Egypt to convert to Islam, it is impossible for a Muslim to legally convert to Christianity. [CT has explored the complications of conversion in Egypt.]

According to Egyptian law, every citizen age 16 or older must carry a state-issued ID card. The card is necessary for anyone who wants to open a bank account, enroll children in school or start a business, among other activities. Religious identity also determines many of the civil laws to which one is subject.

As the first convert in Egypt to file suit to change his legal religious identity, Boulous in January 2008 suffered a setback when a court ruled against him on the grounds that sharia forbids conversion away from Islam.

In April 2010, an appeals court suspended the case indefinitely while it waited for the country's constitutional court to rule on a previous case dealing with religious identity. Before those cases could be resolved, the 2011 revolution happened and the constitution was rewritten. Following the ouster of the Muslim Brotherhood-led government last July, another constitution was approved in a January referendum.

[CT reported from Cairo on Egypt's identity impasse as outreach gains ground, and how Muslim-background believers are involved in the fight for post-revolution Egypt's future.]