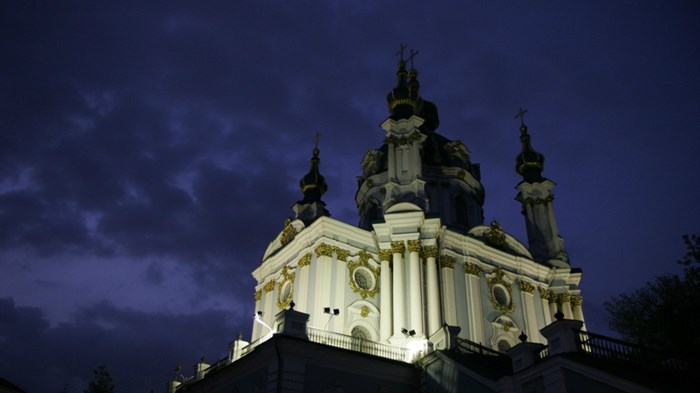 Update (March 4): Under threat of an invasion from Russia, Ukrainian church leaders say their call for an all-night prayer vigil received a global response overnight. "The situation here is stabilizing slowly," said Vitaly Sorokun, pastor of New Hope Church in Kharkov, near the Russian border, via email, in thanking Christians for their public prayer support.

Inside Russia, more church leaders, including Yuri Sipko, a prominent evangelical, are speaking out against any threat by Russia to use its military. "Russian churches, as institutions standing guard over spiritual life, must declare their disagreement with lies," Sipko said in a public statement via Russian Ministries. "Russian churches must stop armed conflict. Russia must not become an aggressor. Too much blood has been spilled by our people, in order to spill the blood of our brother nation of Ukraine." Sipko served as vice president of the World Baptist Alliance from 2002 to 2010.

Meanwhile, Viktor Hamm, the Billy Graham Evangelistic Association's vice president of Crusades who was born inside a Soviet labor camp, is in Ukraine to encourage churches and meet with Ukraine's temporary president, who is a Baptist pastor. "Mr. Turchynov is a member of an evangelical church in Kiev, a solid evangelical believer, a Brother in Christ and a great political leader," Hamm said. "With all that he has on his plate right now, he needs our prayers for great wisdom, stamina and peace.

Media reports say Russia's President Putin has decided to hold off—for now—in launching military operations in Ukraine. U.S. Secretary of State John Kerry is in Kiev and has offered $1 billion in aid to Ukraine's new goverment. However, feelings in the region are running strong on both sides of the East-West divide.

Peter Kuzmic, one of the top evangelical scholars in Eastern Europe and on faculty at Gordon-Conwell Seminary, published a February op-ed in Croatian highly critical of Russia's actions regarding Ukraine and former Ukraine President Yanukovych. According to the English translation, Kuzmic wrote:

"As much as I am exhilarated by a (temporary?) cessation of violence and a removal of Yanukovych's semi-imperialistic powers, I am as much nauseated when pondering over a fact that a peace accord was signed with a man whose hands are bloody and who will sooner or later have to be held accountable for the death of the innocents and his many other evil deeds together with his criminal collaborators."

Tonight, Ukraine's pastors are calling on Christians to hold all-night prayer vigils in hopes of preventing Russia from invading their country on Tuesday [March 4], according to a prominent evangelical leader.

"Hour by hour, we constantly check the news after Putin invaded the Crimean peninsula," Vitaly Sorokun told Christianity Today this evening during an interview from his residence in Kharkov, the largest city in eastern Ukraine (population: 1.4 million) and less than one hour by car from the Russian border.

His international evangelical congregation, New Hope Church, includes university students from more than 20 nations. Most of them are staying put for now, and joining the prayer vigil and fasting.

The majority-Orthodox nation currently has a Baptist pastor as its president. Parliament selected Oleksandr Turchynov to be Ukraine's acting president until elections in May. Earlier it voted out former Ukraine President Yanukovych, who, according to media reports, called on Russia to use its military to restore order to Ukraine.

"I got a text message from Christian friends asking us to stay up all night praying," said Sorokun. "The invasion might be tonight. The tension has been tremendous." According to Sorokun, in recent days Christians from a cross-section of Orthodox, Catholic, and Protestant traditions are supporting the call for a political and diplomatic solution to the conflict in Ukraine. He said the newly appointed head of the Russian Orthodox churches in Ukraine has publicly announced opposition to any invasion.

"There are night prayer vigils all over Ukraine," Sorokun said. "They are praying for peace and for aggression to stop. God is in ultimate control. We trust him. We never expected Russia to move in so swiftly."

Starting on Sunday, Feb. 23, churches began daily prayers and fasting for peace following the ouster of Yanukovych. Then, on Sunday, March 2, special worship services were conducted. When the situation in Crimea, a province of Ukraine, began to deteriorate, Christian leaders redoubled their efforts and asked their members to stay up all night for prayer.

"We do not see divisions in the Christian community," Sorokun said. "We see unity among pastors and Christians from the east and the west of Ukraine. All of these claims from Russia about divisions are artificial. I have been in eastern Ukraine all my life. If you speak Russian, Ukrainian, or English, nobody cares. We pastors want to stop aggression from Russia."

He said years ago Baptists and evangelicals experienced discrimination from the Orthodox majority. But that has declined over time. Sorokun, who also teaches law at one local university, said Ukraine evangelicals are gaining more influence and respect in society.

In 2008, Susan Wunderink reported a substantial CT cover story from Ukraine about the changing role of the nation's evangelical minority after the 2004 Orange Revolution, exploring how Eastern Europe's most missional evangelical church was rethinking tradition and the Great Commission.

In the wake of the Crimea crisis, calls for peace have rippled into nations, formerly part of the Soviet Union. AsiaNews reports:

Christian leaders from Azerbaijan , Armenia, Belarus , Kazakhstan, Kyrgyzstan , Latvia, Lithuania , Moldova , Russia, Tajikistan , Uzbekistan, Ukraine and Estonia are asking all the Ukrainian "people to exert every effort to avoid provocations and to preserve in their hearts true love for the neighbors, for their human dignity and religious beliefs. We express our sincere willingness to promote by prayer and deeds the fraternal dialogue and to contribute to the re-establishment of peace in the Ukrainian society." The Christian leaders are worried that the pro- European and pro-Russian divisions will be passed on within the churches, bringing back old wounds of the past and new vendettas.