As the island city braces for another week of gridlock, faith is in the foreground.
Sarah Eekhoff Zylstra|October 13, 2014 08:50 AM 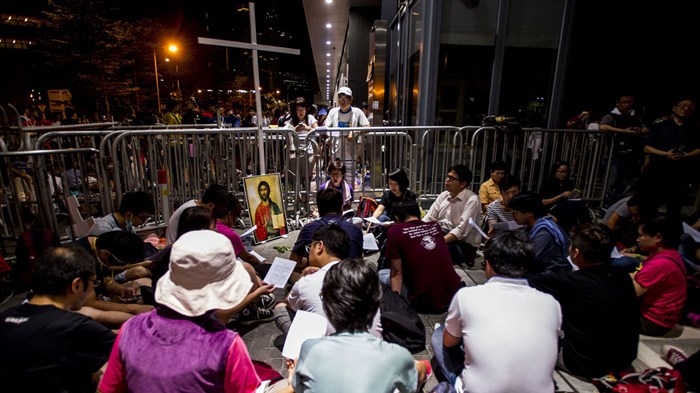 While the Hong Kong protestors are demanding ...