Evangelicals Unite as Mennonites Mull How to Keep Peace over Sexuality 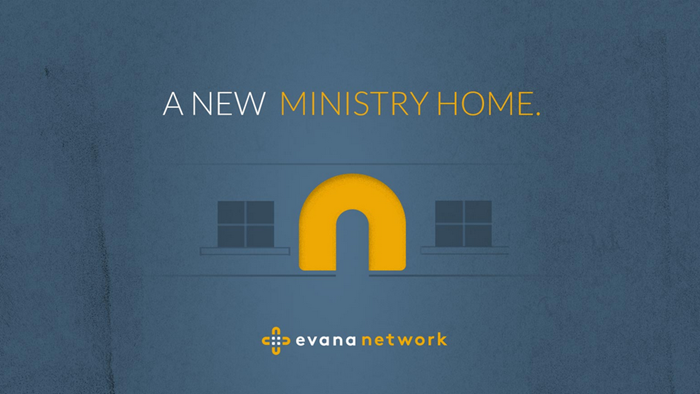 In a move reminiscent of the splintering of Presbyterians, Episcopalians, and Lutherans in America, a new network of churches is organizing itself as a conservative alternative to the Mennonite Church USA (MC USA).

This month, the group announced its name: Evana, a combination of “evangelical” and “Anabaptist.” The network, which plans to launch in September, will adhere to Anabaptist theology, biblical authority, and covenanted accountability, according to its new website.

Congregations do not have to leave the MC USA to join, reportsMennonite World Review (MWR). Meetings held in January to discuss the new entity’s vision and values attracted about 170 current and former members of the MC USA.

“I don’t think it is unreasonable to think that there may be at least 100 congregations or more that decide to become a part of the new network over the course of the next year,” Matt Hamsher, a member of the consultation’s steering committee, told MWR.

The idea was sparked after Theda Good, a lesbian pastor in a committed relationship, was licensed as a pastor of nurture and fellowship by a regional body of the Mountain States Mennonite Conference (MSMC) in February 2014. Good’s ordination was not confirmed by the MC USA national conference, which said they wouldn’t recognize her licensing until the denomination's delegate assembly “changes the state polity on same-sex marriage.” But the denomination also didn’t discipline the regional body.

The MC USA Confession of Faith says marriage is “a covenant between one man and one woman for life.”

EMU fired two professors over homosexual behavior in 2004, but in 2013 enacted a 6-month “listening period” to allow students and faculty to weigh in on whether to drop the ban. (EMU is the first school in the 120-member Council for Christian Colleges and Universities to allow tenure-track faculty to pursue same-sex relationships essentially without censure.)

“Lacking a clear path forward [in MC USA] led a lot of people to say, ‘OK, where is the hope for renewal within the church?’” Hamsher said.

The difference between the new organization and the MC USA won’t be policies on sexuality—the new group wants to keep an “Anabaptist identity,” and its working commitments tap the 1995 Confession of Faith in a Mennonite Perspective (which the MC USA uses) as a “description of our common belief and practice and as a standard for accountability.”

Instead, the difference will be how the new network “will live out” those policies, Hamsher said. The group is working with, but will remain separate from, the Anabaptist Renewal Circles, a loose network that began in the MC USA in 2011 to focus on “activities that produce life and vitality rather than the ongoing cultural debate about sexuality.”

Meanwhile, the larger denomination is seeking ways to structure itself where all will be welcome. One possibility was a looser structure, maybe an “association” or “affiliation” instead of a “denomination,” Stutzman told MWR.

But in January, the executive board decided that a structural change would not “resolve the current tensions,” and turned their attention to polity. One resolution, passed by the advisory Constituency Leaders Council (CLC), calls for “grace, love and forbearance toward conferences, congregations and pastors in our body who, in different ways, seek to be faithful to our Lord Jesus Christ on matters related to same-sex covenanted unions.”

That resolution, with possible changes from several other committees, and any other proposals for polity changes will be considered at the summer convention in Kansas City.

Unity is a tall order. Last month, a conference in Pennsylvania narrowly voted to keep a church that allows practicing homosexuals in leadership positions. The same month, the Ohio Conference said it would not recognize pastors that perform same-sex weddings, but was too late to keep four churches that already left the conference, citing concerns about the denomination’s stance on same-sex marriage.

The organization of a denominational alternative looks like the move made three years ago by conservative churches dissatisfied with the Presbyterian Church (USA). The new denomination, the Evangelical Covenant Order of Presbyterians, does not allow gay clergy.

After somewhat of an exodus from the PC(USA) in 2013—membership dropped by 5 percent, the largest annual membership loss in almost 50 years, as 148 congregations departed—the church voted in 2014 to change its definition of Christian marriage and permit individual churches to perform same-sex marriages.

The motion was approved by the denomination’s 172 presbyteries in 2015, and some voiced concern that it would encourage the conservative flight to continue.

CT regularly covers Mennonites and Anabaptists, including EMU’s delayed decision on same-sex relationships and fellow CCCU member Gordon College’s “period of discernment” regarding homosexuality. CT also noted the denomination’s public acknowledgement of theologian John Howard Yoder’s tainted past, and reviewedI am Hutterite, a memoir of growing up in a radical Anabaptist community.

Evangelicals Unite as Mennonites Mull How to Keep Peace over Sexuality

Evangelicals Unite as Mennonites Mull How to Keep ...