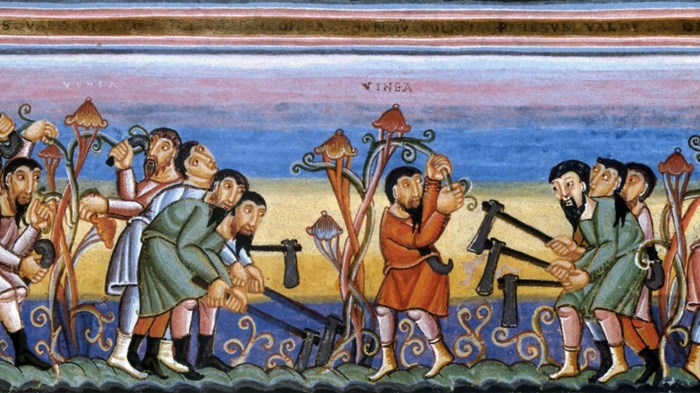 Earlier this year, Dan Price, a graduate of Seattle Pacific University and CEO of Seattle-based Gravity Payments, made headlines nationwide after announcing plans to raise his employees’ base salary to $70,000 a year.

But not everyone at Gravity Payments agrees with his plans to share the wealth. ­­­­­­

Two of his top employees quit in protest. His brother, a co-owner of Gravity Payments, filed suit. Other local companies complained that Price made them look stingy, according to The New York Times (NYT).

It’s as if Jesus’s parable about the workers in the vineyard—where latecomers got the same pay as those who worked all day—has come to life, the NYT points out.

“Early adopters and latecomers may be equally welcomed in the Kingdom of Heaven,” wrote reporter Patricia Cohen, “but not necessarily in the earthly realm, where rewards are generally bestowed in paycheck form.”

Price was raised in a conservative Christian household but has said he no longer considers himself religious. But the values of his upbringing have stuck with him.

He explained his idea for raising wages at the Aspen Ideas Festival in early July, noting that the policy will cut into business profits and his own salary. He said he views the move as an investment in his company’s future.

“We all say that people are our most important asset, yet as soon as somebody actually takes action … everybody seems to think it’s weird,” the Aspen Daily News reports Price as saying. “Companies that are purpose-oriented, and have something in their minds and hearts other than making money, actually make more money over the long term than companies that are more financially driven.”

Less than two weeks after Dan Price’s announcement, his brother and co-founder of the company, Lucas Price, filed a lawsuit against Dan for violating Lucas’ rights as a minority shareholder and breaching duties and contracts, the Seattle Timesreported. Lucas’ attorney, Greg Hollon, told the Seattle newspaper that the announcement may have propelled the filing, but the lawsuit was not directly related to the wage increase.

Dan Price told the Times that he is committed both to a successful business and to reconciling with his brother. “Although the (wage) decision was not entirely made for business reasons, my team and I are committed to making my vision a business success,” he told the paper.

CT frequently reports on money and business, financial stewardship, and social justice, including how Christians should tithe, how the key to prosperity is not money or a good work ethic, and how Jesus is an “all-or-nothing Lord.”