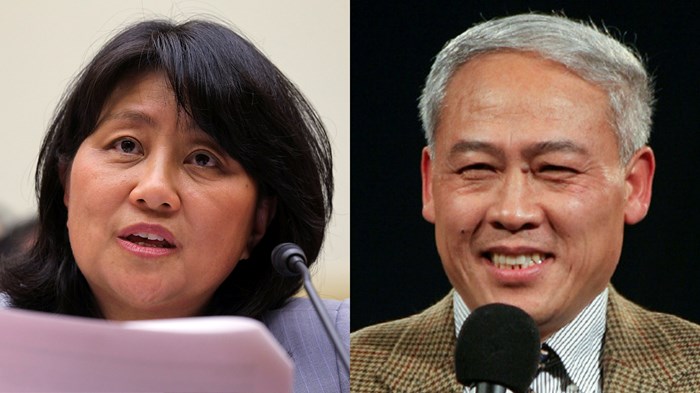 As campus rape gets widespread scrutiny at America’s elite universities, top Chinese Christians in China and the United States are debating a Princeton incident from 1990.

The alleged rape involves two prominent activists associated with the 1989 Tiananmen Square protests who converted to Christianity and now have international platforms. The alleged victim says she is attempting to live out Matthew 18 and has taken her case to the wider church after years of private appeals. The accused pastor allegedly argues that the two engaged in “sexual immorality,” but that he isn’t culpable for his pre-Christian past because they are now both “new creations in Christ.”

Four years ago, Chai Ling, a leader in China's 1989 democracy movement, accused Yuan Zhiming, a dissident and a doctoral student at People's University, Beijing, in 1989, of raping her in her Princeton, New Jersey, apartment in 1990. Neither was a Christian at the time of the alleged assault, which occurred while Princeton University hosted them under an initiative for Chinese student dissidents.

Chai Ling is a two-time Nobel Prize nominee and one of the world’s most prominent critics of China’s one-child policy through her organization, All Girls Allowed. Yuan Zhiming is a well-known apologetics figure among the Chinese Christian diaspora as the founder of China Soul for Christ Foundation and producer of an acclaimed documentary, The Cross: Jesus in China.

Since the initial accusation, Chai has continued to seek a confession from Yuan that he raped her. But he has denied the rape allegation. After first contact with Chai, Yuan reportedly said, “Chai Ling, you are a young Christian, and you don’t understand. When a person comes to the Lord, all the past is gone; he is a new creation.”

The comment comes from a private 2012 letter in which Chai recounted a phone call with Yuan in 2011. She rejected his interpretation of 2 Corinthians 5:17. Instead, she says, she is following the 3-step procedure that Jesus outlines in Matthew 18 for reconciliation of sin between believers.

As more pastors learned of the allegation, reports emerged of more recent sexual misconduct. A group of 18 well-known Chinese pastors launched an independent committee of inquiry.

“If not properly addressed and resolved,” they said, “this incident and its related consequences will continue to flame ongoing debates and confusion, and leave long-lasting damage in the church.”

Their February 23 statement explores Yuan’s conduct in all three additional episodes, but focuses on eyewitness accounts of a two-day encounter in September 2013 between Yuan and a potential intern for China Soul.

According to the report, the two were in Paris at the time. Yuan invited her into his hotel room and asked her to sit on the bed with him. They watched a Korean film Belly Button that included sexual situations. On the second night, he asked her to sleep with him because he was lonely. She refused. Yuan hugged her tightly for two to three minutes. After that, she left and later told a friend of the encounter. Her friend then informed a teacher of what happened.

CT contacted China Soul for comments on the report and for an interview with Yuan, but received no response. CT has not independently corroborated the report from the 18 pastors.

On Wednesday, China Soul’s board chair, Xie Wenjie, said that Yuan would spend the rest of 2015 on “sabbath” and would not preach, teach, or accept invitations to preach in person. There was no further elaboration.

Xie also dismissed the report from the 18 pastors as improper, saying any person who accuses Yuan of misconduct should directly contact China Soul because its board has set up its own inquiry committee.

Has the Matthew 18 Process Failed?

Late last year, Chai says, she took a polygraph and urged Yuan to do the same. Her attorney said the examiner found the test data “supported her statements regarding the sexual assault” in 1990. So far, Yuan has declined to undergo a polygraph exam. (Polygraph results are not admissible evidence in many US courts, but are still used by many law enforcement and defense departments. Their use outside the United States has grown.)

During an interview with CT, Chai said all attempts at private, personal reconciliation with Yuan failed. A second attempt with Chai, Yuan, and two Christian leaders as witnesses in June 2014 was also unsuccessful, according to Chai. She said she is now at the third stage of “taking the case” to the church as spelled out in Matthew 18.

In November 2014, Chai released a lengthy public letter, saying she was seeking “to bring to the church the situation of Yuan Zhiming raping me in the autumn of 1990 and continuing to lie about it to this day.”

In 1988, Yuan was a key scriptwriter for River Elegy, a controversial film broadcast in China that helped spark student-led protests for democracy. In 1989, China sought to arrest Yuan for his role in "inciting" those protests. After fleeing China, Yuan converted to Christianity in 1992 and produced The Cross: Jesus in China in 2003. The three-hour documentary traces Christian mission from the Boxer Rebellion martyrdom to the rapid growth of Christianity in recent years.

Many Chinese church leaders consider Yuan, now based in California, one of China’s most prominent religious leaders as his films and sermons disseminate online. He has more than 224,000 followers on Weibo, China’s Twitter-like social media platform. He has also become a kind of spokesman for Chinese Christianity, with interviews in The New York Review of Books, The New York Times Magazine, and other outlets.

In June 2014, two Christian leaders witnessed Chai's attempt to reconcile with Yuan over the alleged rape. Each of the two wrote a report of their observations and thoughts.

The reports agree that Chai and Yuan tell dramatically different narratives of what took place in 1990.

Yuan says Chai invited him over to her apartment. Dressed in a nightgown, she let him in, and the two eventually had sexual relations in her bedroom.

Chai says Yuan invited himself over to her apartment to show her a film. She said the film was pornographic and she stopped watching it. Yuan allegedly pushed her to the floor, covered her face with cloth, and raped her.

In January, Chai issued a letter criticizing the June 2014 investigation and its reports. “I have a very good memory about important things,” she said. “The whole process of rape is unforgettable. How can I not remember it clearly?” She said the polygraph examiner was a skilled professional and she rejected any idea that she had committed adultery. She said she had no opportunity to review the reports and did not give permission for public release.

“My motive in making this issue public,” Chai said, “is simply to stop any sexual violence and sexual harassment that still may be going on.”

In a November 2014 open letter, Bob Maginn, Chai’s husband, linked his wife’s case to the renewed focus on sexual assaults on campus, as the number of universities with pending Title IX sexual violence investigations nearly doubled from 55 to 95 last year. “The time to keep silent is over,” he wrote. “But the cost to speak out is high.” At one point, some church leaders accused Chai of demanding money from Yuan as compensation. But she denied doing so and told CT she believes that the Matthew 18 process worked.

On February 18, board of All Girls Allowed and members of her faith community publicly released a letter sent to the board of China Soul. (Chai and her family are active at Grace Chapel, Lexington, Massachusetts.) The letter said the efforts to determine the truth had stalled as China Soul refused to respond and Yuan refused to submit to a polygraph. “We have no other course than to declare publicly that we believe Sister Chai Ling’s account to be true.”

Tom Colatosti, a signatory and a Grace Chapel elder, told CT, “The way to bring closure is for Reverend Yuan to take the polygraph. If he passes, end of story. If he fails, he confesses.

“We want to be supportive of Ling. Yuan has a vibrant ministry. We don’t want to destroy him. But the world is watching to see if we fight among ourselves or let things slide.” Colatosti said the new allegations clearly show Yuan's harmful pattern. "Yuan and his board have offered no claims of his innocence, only indignation over the process of public disclosure."

Editor's note: This article was revised and updated on February 28, 2015.