Stats on how persuasive environment encyclical might be.
Jeremy Weber|June 19, 2015 11:10 AM 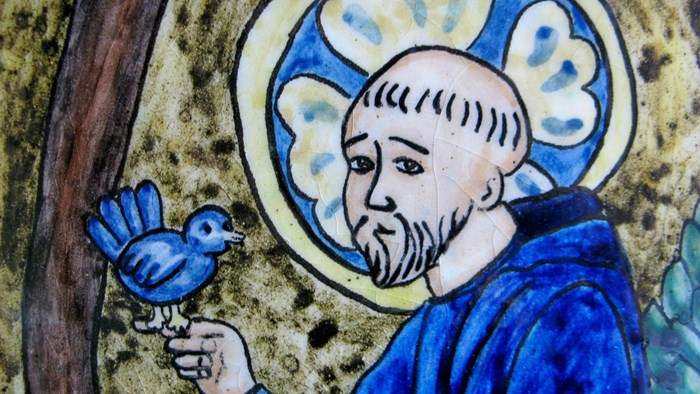 It's clear that the first papal encyclical on climate change is receiving massive attention. What's less clear is who will find its exhortation on creation care persuasive—particularly among evangelicals.

White evangelicals increasingly agree that global warming is "a serious problem," according to the latest data from the Pew Research Center. But the percentage—24 percent agree in 2015, up from 17 percent in 2013—still trails most other religious groups.

So amid all the parsing, the question becomes: Which evangelicals and weekly churchgoers can Pope Francis most likely move with Laudato Si? In other words, who likes the pope, yet currently disagrees with his theology on going green?

An analysis of Pew's data suggests that only half of Francis's fans among white evangelicals agree with him that global warming is occuring and is a serious problem, and only one-third agree that it is caused by humans. And among evangelicals who view Francis as a "change for the better," about 60 percent agree with him on the seriousness of global warming yet only 37 percent agree it is manmade.

Exclusive to CT, here are two Pew charts examining who favors Francis and how they feel about global warming: 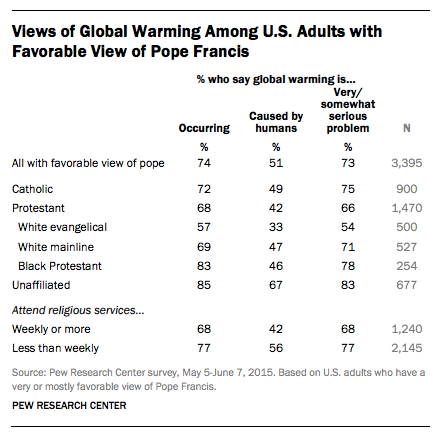 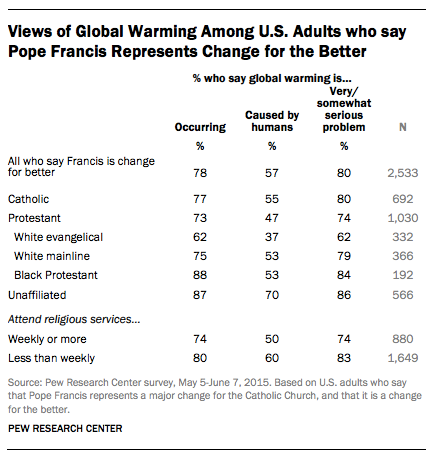 At the same time, one-third of evangelicals (35%) said stricter environmental laws and regulations cost too many jobs and hurt the economy, compared to 30 percent of all Americans.

Also in 2007, 52 percent of evangelicals said religious teachings most influence their views of right and wrong, compared to the 2 percent who cited scientific information. 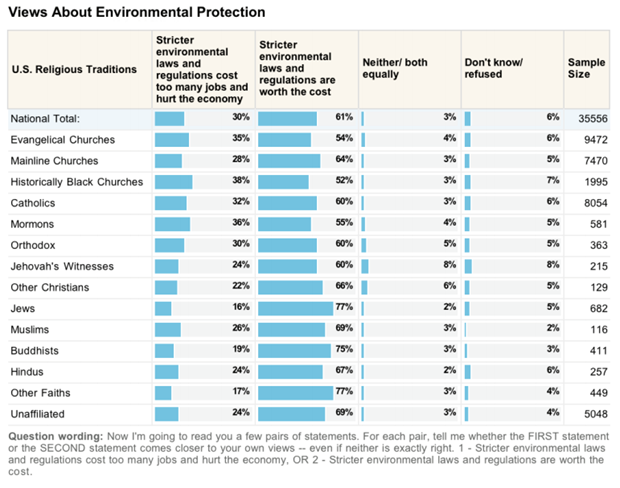 Below are breakdowns by Protestant denominations and families: 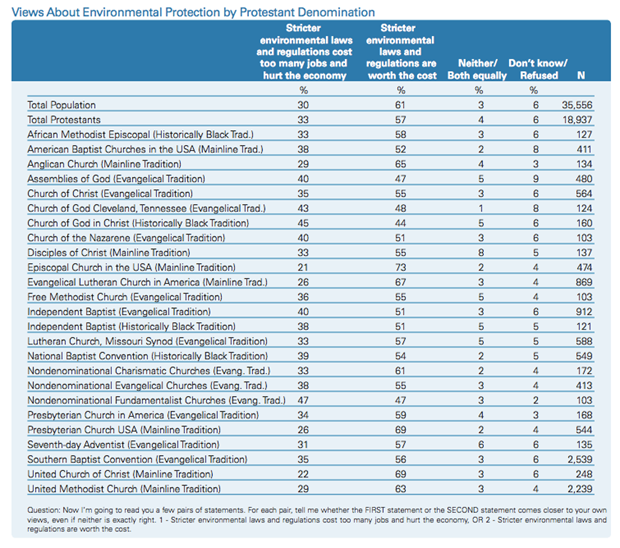 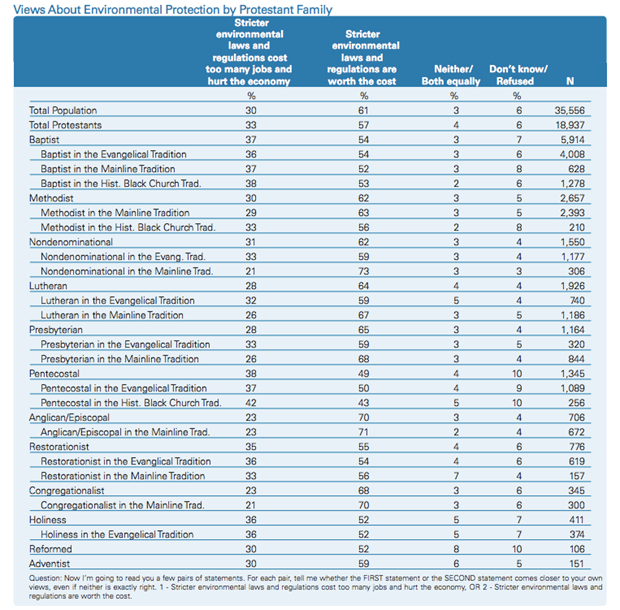 Francis's encyclical joins a number of documents, including the 2006 Evangelical Climate Initiative, a 2011 National Association of Evangelicals report, and a 2013 letter from 200 evangelical scientists to Congress, that “all state in clear and unmistakable terms that caring about climate change is caring for ‘the least of these,’” wrote evangelical climate scientist Katharine Hayhoe.

The Lausanne Movement expressed gratitude for the encyclical.

“We evangelicals will be eagerly reading ‘over the shoulders,’ so to speak, of the world’s 1.2 billion Catholics to whom the letter is addressed,” said Ed Brown, director of Lausanne's Creation Care Network. “While there are small marginal groups within evangelical Christianity who are often quoted in the press in opposition to climate change action, almost all major global evangelical bodies including the Lausanne Movement have declared their commitment to care for God’s creation and to serve the poor affected by climate change impacts.”

Feelings toward Francis among evangelicals have fluctuated but largely stayed favorable:

CT examined the theology behind Francis's warning this week on climate change.

CT regularly covers creation care, including whether evangelicals have changed the climate change conversation and how the greening of the gospel has been going on since the 1990s.

Here's How Many Pope Francis Fans Disagree with ...