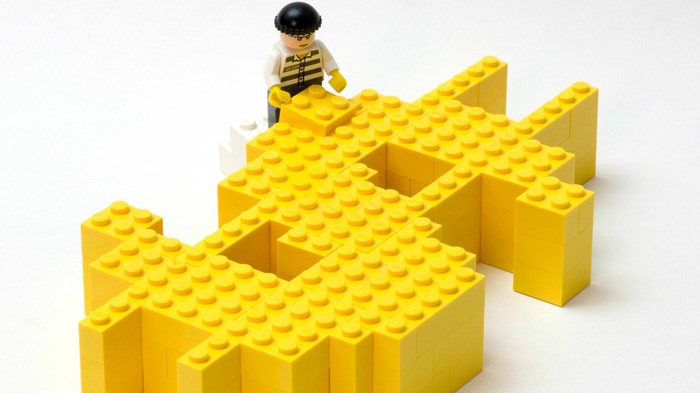 Refusing to write a check to charity while living in luxury is a sin, according to almost half (48%) of white evangelicals who attend church weekly.

That opinion is also shared by almost half (47%) of all Americans who attend worship services weekly. And 36 percent of all black Protestants (two-thirds of whom identify as evangelicals) feel the same way, according to a new report from the Pew Research Center. 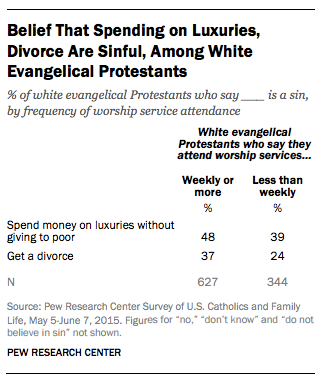 In fact, being stingy with charitable giving draws more condemnation than divorce. Only 37 percent of white evangelicals who worship weekly told Pew that divorce was a sin. So did a quarter (26%) of all black Protestants. (CT recently noted which reasons for divorce are sinful in the eyes of most Americans.)

The more generous attitude toward divorce may stem from its frequency. The percentage of Americans who have divorced has almost doubled over the past 53 years, from 24 percent to 45 percent, according to University of Connecticut sociologist Bradley Wright.

Most evangelicals agree that having luxuries in and of themselves is not wrong: 77 percent of white evangelicals and 72 percent of black Protestants (as well as 74 percent of all weekly worshipers) said that living in a larger house than a family needs is not sinful. In fact, fewer people condemn having a lot of square feet than condemn drinking alcohol or using energy without thinking about its environmental impact. (Roughly 1 in 5 white evangelicals, black Protestants, and weekly worshipers say each is a sin.) 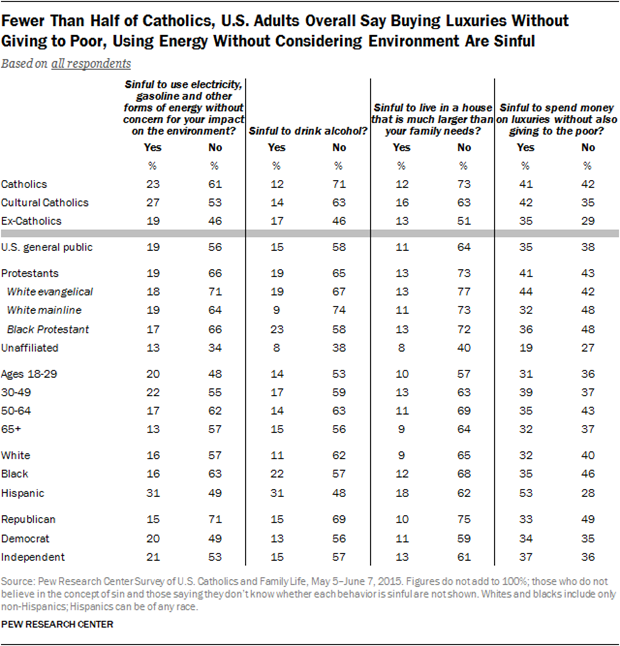 But when cohabitation involves children, the answers were more nuanced.

About 4 in 10 white evangelicals (43%) and weekly worshipers (41%) said that cohabiting parents are an acceptable child-rearing arrangement, albeit not as good as other arrangements. About 35 percent of black Protestants agreed.

And cohabiting parents were judged to be as acceptable as single parents by similar percentages of white evangelicals (26% vs. 24%) and black Protestants (44% vs. 42%). 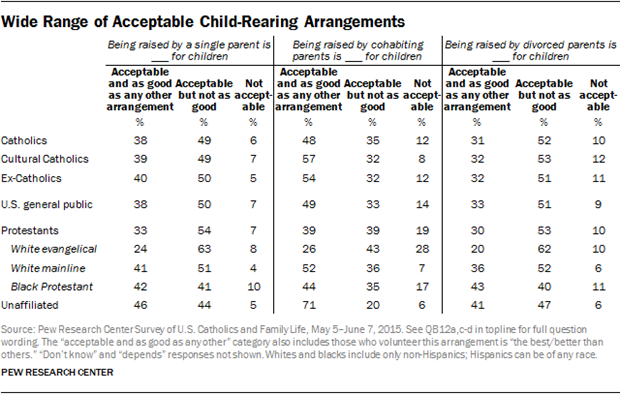 The acceptability of cohabitation goes down a bit if there are no children involved, although 62 percent of white evangelicals, 63 percent of weekly worshipers, and 69 percent of black Protestants said the arrangement was acceptable, if not ideal.

Pew offers several tables with its full findings on sin and social acceptance of family arrangements.

CT’s previous coverage of sin includes the recent exposure of the Ashley Madison list, what internet rage can teach us about sin, and whether churches should apologize for sins they didn’t commit.

CT’s previous coverage of divorce includes how Americans decide when divorce is sinful and the good news about divorce rates.

CT's previous coverage of generous giving includes where evangelicals donate their dollars, the record-breaking amount of money given to American churches last year, and Melinda Gates's take on living out her faith in action. Amy Julia Becker also weighed in on why we need rich Christians.