Total is almost twice as high as International Mission Board had expected.
Sarah Eekhoff Zylstra|February 24, 2016 05:16 PM 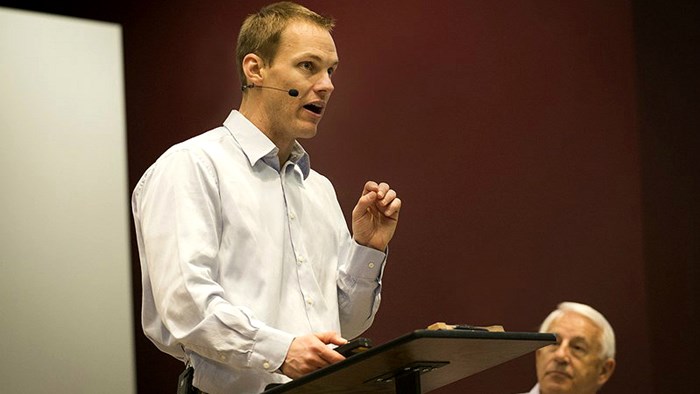 Six months after announcing plans to cut 600 to 800 missionaries and staff in order to balance its budget, the International Mission Board (IMB) of the Southern Baptist Convention (SBC) revealed today that it has lost 1,132 workers—almost twice as many as its low-end estimate.

In all, 983 missionaries and 149 US staff have accepted the IMB’s offer of voluntary early retirement or resignation. That brings the number of SBC missionaries in the field down from 4,700 to about 3,800—a return to 1993 levels.

The news “is disappointing to all of us," SBC president Ronnie Floyd told Baptist Press. Frank Page, president of the SBC’s Executive Committee, said his “heart is broken” over the large number.

“This reset is not regress or retreat,” Floyd told Baptist Press. “Southern Baptist churches must see this as a fresh calling to reaching the world for Christ. Now is the time to go forward with a clear vision and an aggressive strategy to make disciples of all the nations for Christ."

“IMB is now in a much healthier financial position,” said president David Platt, announcing a balanced 2017 budget during IMB meetings this week. Giving from churches is also up, he said.

“The stage is now set financially, organizationally and spiritually for IMB to work with Southern Baptist churches to create exponentially more opportunities for disciple making and church planting among unreached peoples around the world,” stated Platt in IMB’s press release. “IMB is committed to a future marked by faithful stewardship, operational excellence, wise evaluation, ongoing innovation and joyful devotion to making disciples and multiplying churches among the unreached.”

The cuts were part of Platt’s plan to stabilize the mission agency’s finances. Since 2010, the organization has spent $210 million more than it has received, according to an FAQ on the IMB’s “organizational reset.”

The overage has been paid through reserve funds and selling missionary housing and other property overseas, CT reported in August.

But with dwindling reserves—the IMB now has enough cash for only two more years at its current rate of spending—expenses needed to be cut.

In November, CT examined whether the situation spells the end of the full-time missionary.

The IMB is partly a victim of its own success. With its centralized system, churches pool their donations and missionaries don’t need to worry about raising their own funds. But with the IMB’s growth spurt after World War II—the agency went from 803 missionaries and $8.3 million in income in 1950 to 5,271 missionaries and a $289 million budget in 2007—the finances didn’t keep up.

The SBC also reported that church giving to missions dropped in 2014, about 5 percent less than in 2013.

“God is not surprised by these financial realities,” stated IMB on its website. “He has reigned sovereign over the IMB for 170 years, and He will continue to reign sovereign over the IMB for years to come. … IMB leadership believes that, without question, God will continue to lead every one of its personnel on mission. It is expected that the 600-800 people who step aside from the IMB in the next six months will not be stepping ‘onto the sidelines of mission,’ but instead will be moving into a new phase of involvement in mission.”

Last summer, the IMB loosened restrictions for its missionaries, allowing those who speak in tongues, were baptized in a church that disagrees with the SBC’s view of baptism, are divorced, or are parents of teenagers. Platt clarified for CT what the changes meant and how they were motivated by “urgency for the gospel.”

CT reported on the Southern Baptist s(p)ending crunch, and its implications for the traditional missionary model, in its November issue.