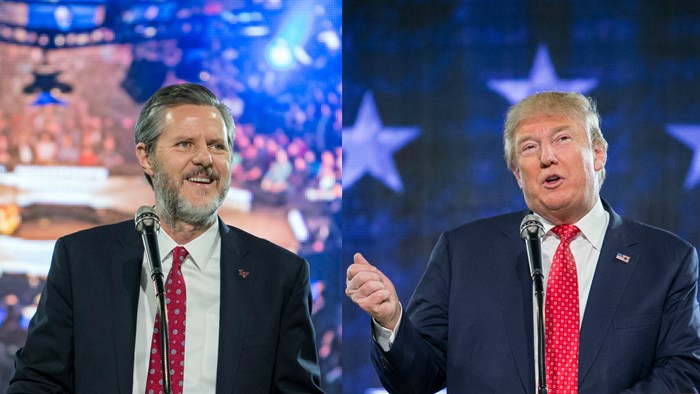 Update (Jan. 26): Jerry Falwell Jr. has officially endorsed Donald Trump for president, calling him "a successful executive and entrepreneur, a wonderful father, and a man who I believe can lead our country to greatness again." [On Wednesday, he added: "Jesus said 'Judge not, lest ye be judged.' Let’s stop trying to choose the political leaders who we believe are the most godly because, in reality, only God knows people’s hearts. You and I don’t, and we are all sinners."] 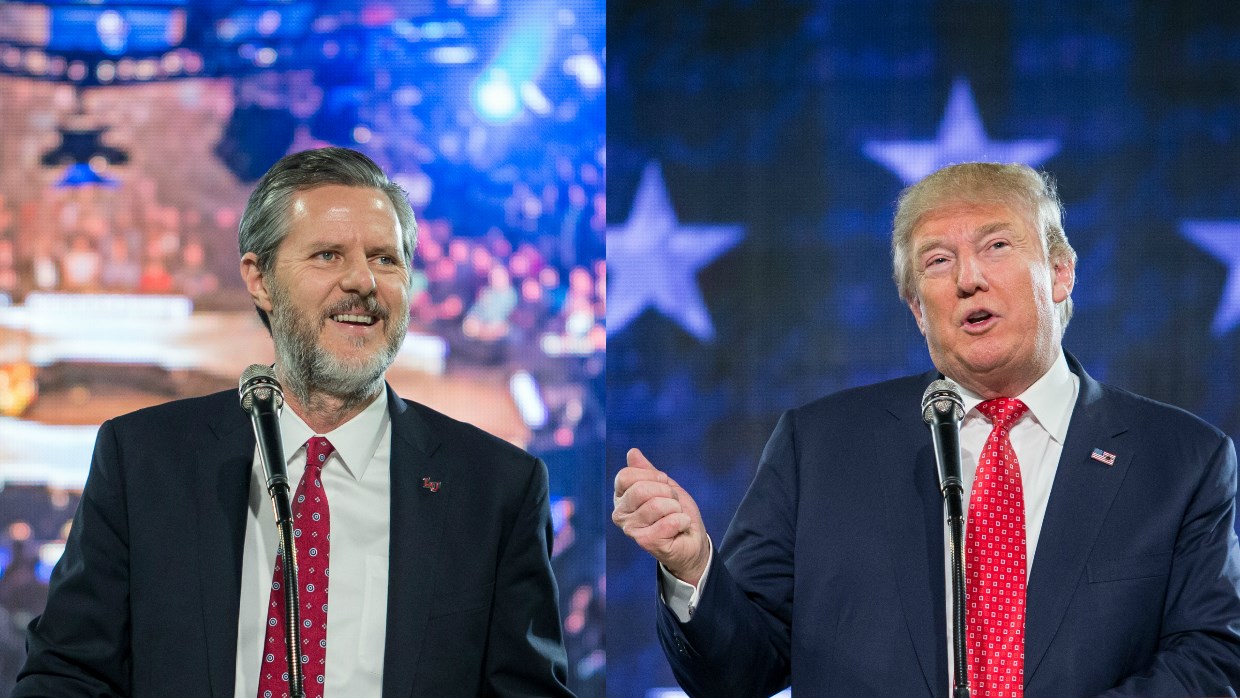