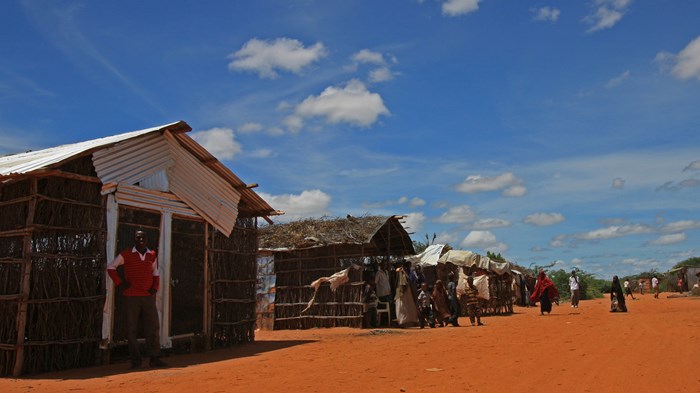 Christian humanitarian groups are among the 11 charitable organizations calling on Kenya to reverse its decision to close the largest refugee camp in the world.

More than 320,000 displaced people face an unstable future after the country, the second-largest refugee host in Africa, announced plans to shut down the camp and its Department of Refugee Affairs, which has already disbanded.

At least half of Kenya’s refugees live in Dadaab, a sprawling, 25-year-old settlement along Kenya’s eastern border with Somalia, where families have fled from drought, famine, and terror threats.

More than 70 World Vision staff work in Kenyan refugee camps; in Dadaab, they distribute food to families, including nutrient-dense rations to treat children suffering from malnutrition.

“We know from working with these refugees that they have lived with uncertainty their whole lives, and this latest announcement just hits them again,” said Dickens Thune, World Vision Kenya’s national director.

The situation is even more uncertain given Kenya’s history of threats to close the camp. The government proposed expelling refugees at least twice before—after al-Shabaab’s deadly attacks on a Nairobi mall in 2013 and after attacks on a university in 2015—but didn’t follow through. Officials worried both were linked to Somalian refugees at Dadaab.

“The camps have become hosting groups for Al Shabaab as well as centers of smuggling and contraband trade, besides being enablers of illicit weapons proliferation,” Kenyan interior minister Joseph Nkaissery stated. “Considering the changing landscape of global terrorism, with new terrorist entities seeking to root themselves in our region, it would be inexcusable for the government to overlook its primary constitutional responsibility to protect her citizens and their property.”

The Somali government countered that closing the camps would only worsen the terrorism threat.

Kenya’s May 6 announcement originally included plans to close Kakuma, a northeast settlement home to another 180,000 refugees, many of them from Sudan and South Sudan. The government has since narrowed its focus to only Dadaab, which it considers the greatest security threat. The plan is to begin moving residents back to Somalia by November, according to the Star.

But safety isn’t the only concern. A New York Timesop-ed wrote:

Karanja Kibicho, a senior Kenyan government official responsible for counterterrorism, declared — tellingly, in a British newspaper — “we can no longer allow our people to bear the brunt of the international community’s weakening obligations to the refugees.” He also noted “a falloff in the voluntary international funding for the camps in Kenya, in favor of raising budgets in the Northern Hemisphere to refugees headed to the West.”

Refugee camps are chronically underfunded. Last summer, a funding shortage forced the UN’s World Food Program to drop its food rations by 30 percent, and for the past several months, the refugee crisis going on elsewhere has stolen away attention, and support, from Africa. The Economistwrites:

Money is probably the real reason for the sudden announcement. (Kenyan official Karanja) Kibicho pointedly mentioned … that donor funds are being switched from Kenya to deal with the influx of migrants to Europe. Having seen Turkey secure promises of €6 billion of aid in return for taking migrants back from Greece, Kenya doubtless wants more from the West.

Lutheran World Federation, another aid organization advocating to keep Dadaab open, recognized that the country has been dealing with refugees—socially, politically, and financially—for decades. “The burden of hosting refugees should be shared, and the international community should provide additional financial support towards refugee programs,” said the federation’s general secretary Martin Junge.

World Vision, Lutheran World Federation, and Jesuit World Service issued a statement this week—along with several other nongovernmental organizations (NGOs), including OXFAM and Save the Children—asking Kenya to reconsider.

“Shutting down the refugee camps will mean increased protection risks for the thousands of refugees and asylum seekers – majority of whom are women, children and unaccompanied minors,” they wrote.

“The NGO community is committed to continue supporting the government of Kenya in the search for long-term and sustainable solutions for refugees. We therefore urge the government to withdraw the directive to disband the Department of Refugee Affairs and reconsider its intention to close refugee camps in the country in line with its good record of upholding its obligations towards hosting refugees and asylum seekers.”

CT has followed Christian NGOs’ relief efforts in Kenya and East Africa, as well as ongoing attempts to curb al-Shabaab’s attacks on the region’s Christians. Last year, a Her.meneutics guest writer living in East Africa reflected on faith and fear when faced with the region’s unpredictable violence.