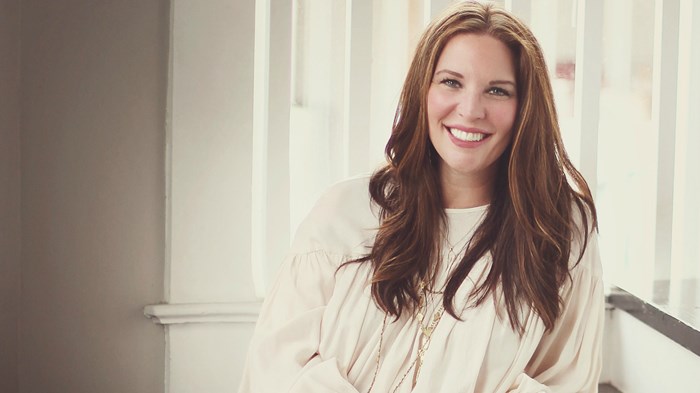 Update (Oct. 31): Jen Hatmaker posted a 650-word response on her Facebook page Monday, saying she “wrestled with and through Scripture, not around it” before coming to a decision to affirm same-sex relationships, which recently led to LifeWay Christian Resources pulling her books from its stores.

The bestselling author said she still loves the readers “who are angry or shocked or confused” by her news, and reminded followers on both sides of the issue that the LGBT community is paying attention to their response.

Hatmaker said a fuller explanation will come later. For now, she told fans:

I have zero agenda for myself. I don't feel self-protective or defensive or scared or angry. I am neither trying to gain applause or start a war. Some people are throwing parades and some are burning books, but I am not motivated by either; I'm neither overly encouraged or overly discouraged…. Some are certain I am after "the approval of people," but here is the truth: I don't love the approval of people, but I do love people. I love them because Jesus' love for us is so insane and big and outside our templates.

The Southern Baptist chain stated Thursday that the author’s statements “contradict LifeWay’s doctrinal guidelines,” and it has discontinued selling her books in its 185 stores or online. Spokesman Marty King said:

In the past, LifeWay Christian Resources published several resources with Jen Hatmaker. In a recent interview, she voiced significant changes in her theology of human sexuality and the meaning and definition of marriage—changes which contradict LifeWay’s doctrinal guidelines.

On Thursday, Hatmaker declined to comment on the decision to CT.

LifeWay’s B&H Publishing released her 2012 book 7: An Experimental Mutiny Against Excess. Her most recent title, For the Love(Thomas Nelson), is a New York Times bestseller.

In an interview published Tuesday, the Austin-based author and pastor’s wife told Religion News Service columnist Jonathan Merritt that she supports same-sex marriage and believes that LGBT relationships can be holy:

From a civil rights and civil liberties side and from just a human being side, any two adults have the right to choose who they want to love. And they should be afforded the same legal protections as any of us. I would never wish anything less for my gay friends.

From a spiritual perspective, since gay marriage is legal in all 50 states, our communities have plenty of gay couples who, just like the rest of us, need marriage support and parenting help and Christian community. They are either going to find those resources in the church or they are not.

Not only are these our neighbors and friends, but they are brothers and sisters in Christ. They are adopted into the same family as the rest of us, and the church hasn’t treated the LGBT community like family. We have to do better.

Hatmaker, a mother of five known for her hilarious blog and her family’s HGTV series, also talked politics with Merritt, having recently been featured in The New York Times for her criticism of Donald Trump. She speaks to sold-out crowds of evangelical women through IF: Gathering, Women of Faith, and the Belong tour. [Update: See the response from IF founder Jennie Allen below.]

The 42-year-old has long advocated that Christians show greater empathy, compassion, and outreach to their LGBT neighbors. In a viral Facebook post to her 600,000-plus followers last April, she extended a message of love to “LGBT folks,” saying, “There is nothing ‘wrong with you,’ or in any case, nothing more right or wrong than any of us.”

After the fallout of World Vision’s 2014 decision to allow, and then not allow, employees in same-sex marriages, Hatmaker had called for a more gracious conversation on the issue, and later clarified her position:

I want you to know that I land on the side of traditional marriage as God’s first and clear design. I believe God’s original creation is how we were crafted to thrive: in marriage, in family, and in community, which has borne out for millennia in Scripture, interpretation, practice, and society (within and without the church).

There has been much speculation about a “LifeWay blacklist,” but the store says no such list exists. Instead, King previously stated, “Similar to most retailers, LifeWay decides—based on a variety of factors—which resources to carry from the tens of thousands available to us. Therefore, we do not comment on individual resource selections.”

LifeWay, which draws in 2.7 million customers a year, has chosen not to stock or to discontinue several prominent Christian authors, including Joel Osteen, William P. Young, and Joyce Meyer, due to doctrinal standards. In recent years, the chain pulled titles from Mark Driscoll and books about heaven tourism. And despite remarks from Rachel Held Evans, it does not ban all books with the word “vagina.”

Jennie Allen, the founder of IF: Gathering, posted a response to the news regarding Hatmaker and LifeWay on Thursday, after her “phone and inboxes started to blow up.” Hatmaker has been a keynote speaker at the annual Austin gathering since it began in 2014. Allen affirmed that she and IF maintain a traditional view of marriage, though they welcome attendees with other perspectives. She also said that Hatmaker had previously decided not to speak at this year’s event.

As Allen posted on her blog:

This is so much more than a statement for me. This is not about some “Christian celebrity” out there, this is my friend whom I have logged a lot of life with—including hours over the past many months about this very topic. While we disagree on this important issue, Jen and I love each other and agree on so many things. Jen speaking at IF:Gathering isn’t even on the table, because she took herself out of IF many months ago for reasons that are her own.

Concerning where IF and I land here: Nothing has changed. I lean on 2,000 years of Church history and we continue to hold an orthodox view of marriage. Our commitment to Scripture is a guiding value: We believe the God of the Universe reveals and defines Himself through His Word. We believe the Scriptures, both Old and New Testament, are verbally inspired by God, fully trustworthy and of supreme and final authority in what they say. (Including in regards to sexual ethics.)