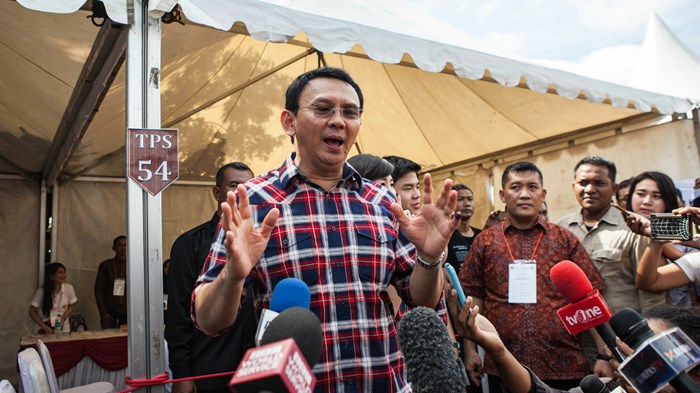 Just a day after Basuki Purnama—popularly known as Ahok—conceded the runoff for governor of Jakarta, prosecutors recommended a light sentence of two years probation instead of the maximum penalty of five years in prison.

Ahok, a double minority in the archipelago as a Christian and as an Indonesian citizen who is ethnically Chinese, secured approval ratings as high as 70 percent in the capital region during his campaign. But when the anti-corruption crusader was accused of distorting a Qur‘an teaching to convince the nation’s overwhelming Muslim majority to vote for a Christian, public opinion shifted dramatically.

Ahok repeatedly denied the claims as a translation error, and accused Indonesia’s hardline Muslim groups of coordinating an attack against him. He ultimately conceded Wednesday’s election, trailing in the polls by less ...