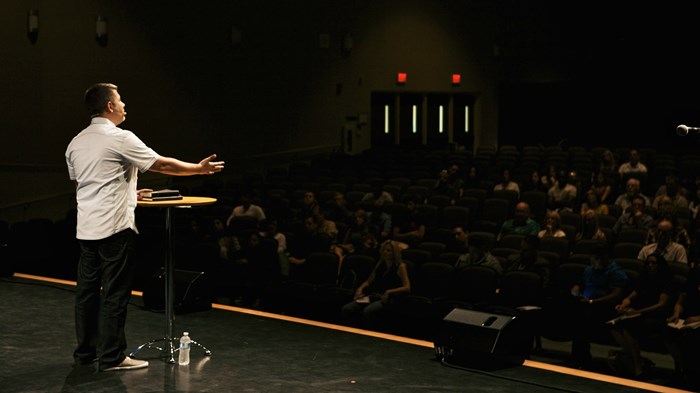 Despite a new wave of contemporary church buzzwords like relational, relevant, and intentional, people who show up on Sundays are looking for the same thing that has long anchored most services: preaching centered on the Bible.

“Sermons that teach about Scripture” are the No. 1 reason Americans go to church, according to a new Gallup poll.

Researchers found that 82 percent of Protestants and 76 percent of all regular worshipers consider sermons’ biblical lessons as a major factor that draws them to services.

They’re also looking for application, as 80 percent of Protestants and 75 percent of worshipers valued sermons that connect faith to everyday life. Protestants were more likely to cite the importance of sermon content than churchgoing Catholics, about two-thirds of whom say it’s what draws them to church. 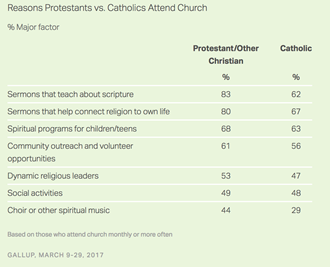 Preaching on Scripture and its relevance ranked above factors like kids programs (68% of Protestants), community outreach (61%), and social activities (49%).

Churchgoers’ focus on Sunday sermons is a hopeful indicator for pastors. Even as congregants’ media diet and attention spans shift, they remain engaged in straightforward preaching of the Word.

The Gallup survey found that people in the pews care far more about what’s being preached than who’s preaching it. Only half of Protestants (53%) and Americans overall (54%) said they attend because of “dynamic religious leaders who are interesting and inspiring.”

Even so-called seeker sensitive churches have discovered that theological depth appeals to lapsed Christians and non-believers. Last year, Ed Stetzer cited several examples of congregations (such as Oklahoma megachurch Life.Church) that shifted toward more rigorous teaching once they noticed interest from the unchurched: “In other words, those for whom sermons were being dumbed down aren’t dumb. They are interested in the truth or else they’d be out golfing.”

In his 2015 book Preaching, Tim Keller laid out his approach to Christ-centered, often expository preaching on biblical texts, parsing strategies for employing contextualization and cultural references. The Redeemer Presbyterian pastor told Preaching Today (a sister publication of CT) that he used to select topics for the whole year ahead of time and then begin preparation for each sermon 10 days beforehand. 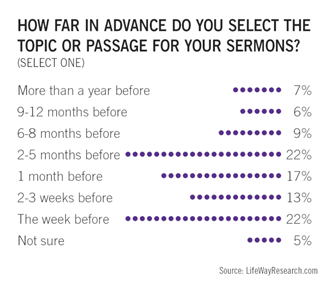 “We must not assume the Spirit will visit with twice the power if we spend twice the time preparing our sermon,” Keller said in an interview with The Gospel Coalition. “Nor can you control or determine this with your prayer life—though well prepared and well prayed-for sermons are the best possible way to invite the Spirit’s attendance. In the end, he is sovereign.