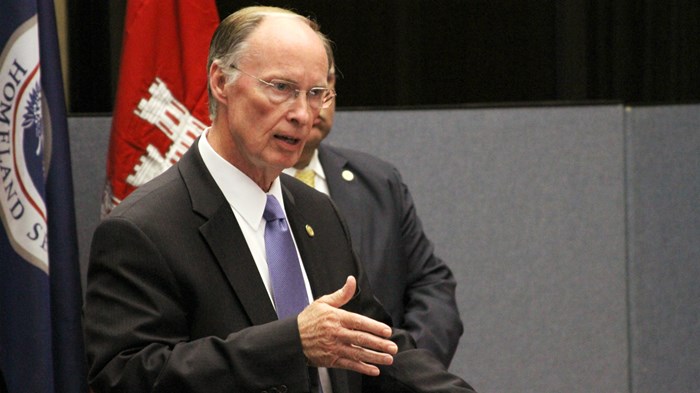 Alabama governor Robert Bentley went far beyond what most Americans—including his evangelical supporters—consider cheating, according to a new survey.

Bentley resigned Monday amid an investigation into administration-wide efforts to cover up his ongoing affair with an aide who previously attended his Sunday school class. Among the evidence against the former governor are logs of romantic text messages the two exchanged while Bentley was still married to his wife of 50 years.

His sloppy communication revealed his secret. His wife saw the messages on her iPad, which had been synced over the cloud to the governor’s phone: “You look beautiful” and “I’m so in love with you,” followed by heart-eyed emojis.

Evangelicals are more likely than Americans on average, but less likely than mainline Protestants and Mormons, to consider such text messages as a form of infidelity, according to new research by YouGov and Deseret News.

Evangelicals were more likely than any other religious group to say it would be unfaithful to go out to dinner with someone you’re attracted to. The instinct relates to the recent discussion of the “Billy Graham rule,” which bars men and women from spending one-on-one time with people of the opposite sex other than their spouse. 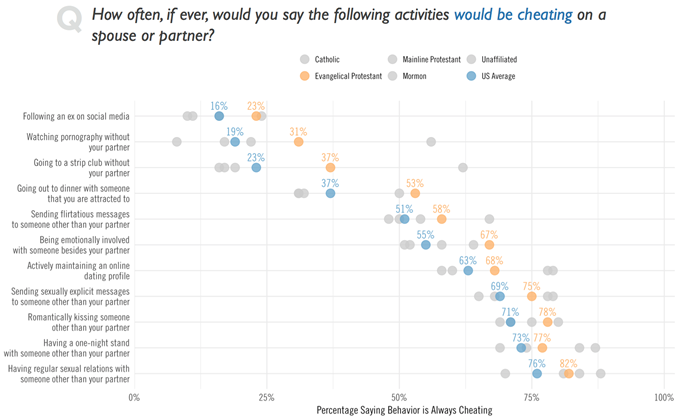 “The results of this survey reveal areas of uncertainty and different definitions of what constitutes cheating in the digital age,” said Allison Pond, a senior editor at Deseret News. “It shows how the Internet is adding a layer of complexity to the way we think about relationships.”

Bentley follows a cringe-inducing trend of politicians whose technological blunders outed their own adultery, including former senator Anthony Weiner, whose sexting with multiple women went public and launched a discussion over whether an affair has to get physical to constitute cheating.

That debate, Karen Swallow Prior wrote at the time, plays into false notions of mind-body dualism: “Technology contributes to the illusion of a dualistic view of human nature by offering a false sense of privacy and control as well as the chimera of disembodied human experience.”

Still, American voters are changing their views of such behavior when it comes up in politics. President Donald Trump’s unfaithful past was much discussed during the election season, and over the past year, evangelicals surveyed warmed up to a presidential candidate who’d had extramarital affairs.

Researchers found that 42 percent said the affairs “wouldn’t matter” in 2016, and that number is up to 53 percent today. Meanwhile, mainline Protestants and unaffiliated Americans grew more concerned and less supportive. 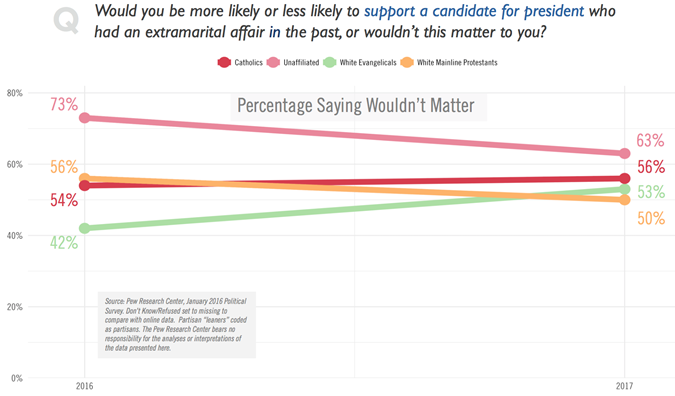 But there’s a difference between forgiving a candidate’s past and learning that he was fooling around while in office.

The New York Timesreported on Alabama evangelicals’ perspectives on Bentley, who had been a Baptist deacon and frequently spoke of his faith in office. Christian politicians’ “record and character and integrity over time are more important than what they say,” one voter and former Bentley supporter told the newspaper.

CT previously featured a range of responses from Christian leaders on whether infidelity should disqualify candidates from politics. 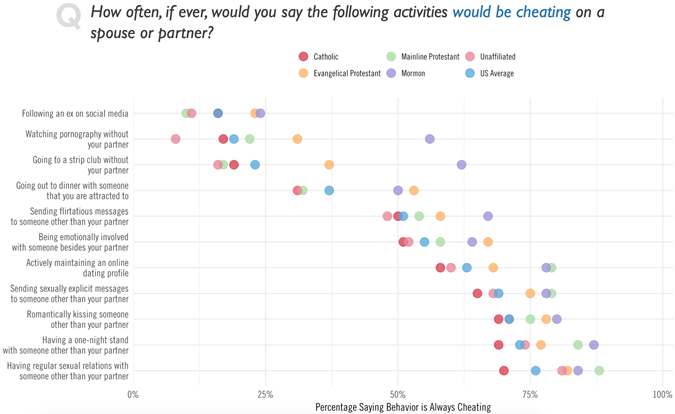