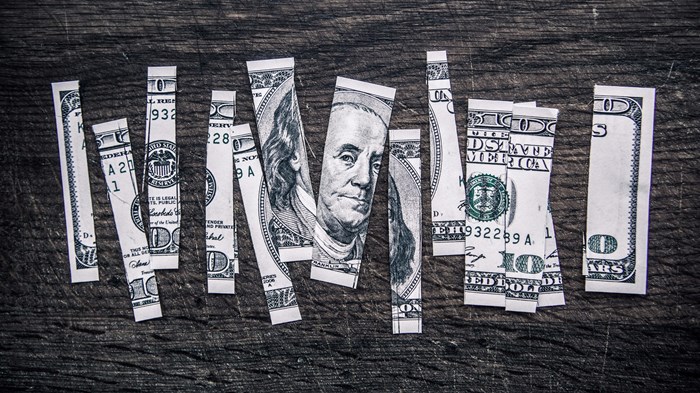 Churches and other faith groups collect tens of billions of dollars in donations each year. But not all of it ends up where it’s supposed to.

About 1 in 10 Protestant churches has had someone embezzle funds, according to a new survey of 1,000 Protestant senior pastors from LifeWay Research.

Those volunteers are usually honest. But churches often lack systems to catch those who aren’t. As a result, he said, money that could have been used for ministry goes missing.

“Churches run on trust—but they also know people are imperfect and can be tempted,” said McConnell. “That’s why safeguarding a church’s finances is an important part of ministry.” 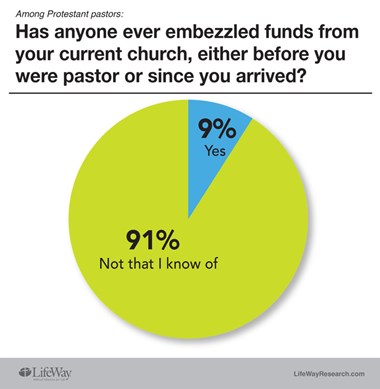 Overall, 9 percent of pastors say that their church has had funds embezzled, while 91 percent say they are not aware of any embezzlement.

Churches of Christ ministers are more likely to say their church had funds embezzled (16%) when compared to Baptist (7%) or Presbyterian/Reformed pastors (6%).

LifeWay’s survey echoes a smaller 2012 study of churches in Kansas and Missouri, which found that 13.4 percent of churches had experienced embezzlement or other fraud.

A study of more than 2,400 fraud cases at businesses and nonprofits by the Association of Certified Fraud Examiners found 2.4 percent of cases involved churches or other charitable groups. The average loss was $82,000.

LifeWay researchers asked pastors when their church’s financial books were last audited and how much cash they had in reserves. 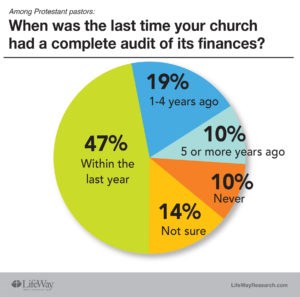 Most churches realize that having an audit can be good thing, said McConnell. It’s another aspect of being a good steward of a church’s finances.

“It’s helpful to have a second set of eyes look at the church books,” he said.

Many churches function with little margin for error when it comes to their finances. 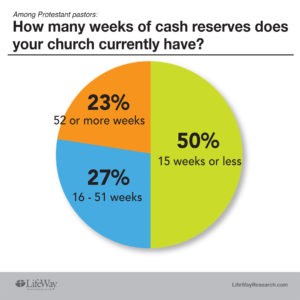 Among small churches—those with fewer than 50 people—27 percent say they have a year of cash reserves. By contrast, 15 percent of churches with more than 250 people have a year of reserves.

An earlier study found about a third of churches have struggled to make their budget, said McConnell. So it’s not surprising that some churches have few reserves.

“It takes a lot of faith to run a church, especially when finances are tight,” he said. “But some churches may be missing out on ministry, because there’s not enough money in the bank to respond to needs and opportunities that arise.”

Methodology:
The phone survey of Protestant pastors was conducted August 22—September 16, 2016. The calling list was a stratified random sample, drawn from a list of all Protestant churches. Quotas were used for church size. Each interview was conducted with the senior pastor, minister or priest of the church called. Responses were weighted by region to more accurately reflect the population. The completed sample is 1,000 surveys. The sample provides 95 percent confidence that the sampling error does not exceed plus or minus 3.2 percent. Margins of error are higher in sub-groups.