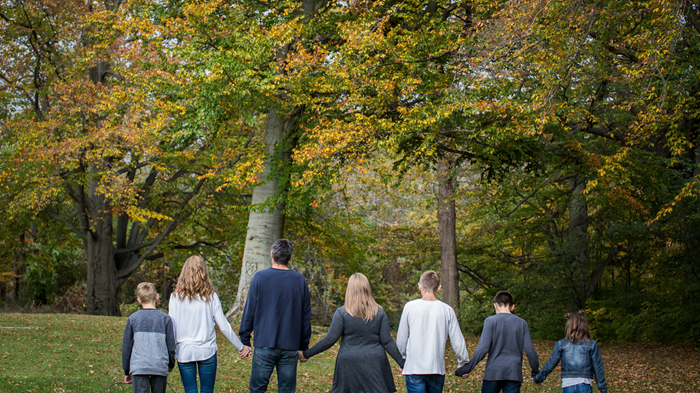 Projections indicate that the majority of married couples with zero, one, or two kids using the standard deduction under the new GOP tax plan will end up owing less each April. But what if you have three, five, or seven kids?

Big families, including pro-life religious conservatives with plenty of offspring, may be less likely to see a tax cut under the new plan, which the House of Representatives passed on Tuesday. The Senate also passed the bill early Wednesday morning, and the House will re-vote on changes later today before sending it to President Donald Trump for approval before Christmas.

Republicans have championed the plan as offering more cuts for middle-class families by doubling the standard deduction and increasing the child tax credit. They also wanted to simply the tax code and eliminated the personal exemption—a $4,050 deduction for each dependent in a household.

For most average-sized families, the perks of the new plan outweigh what they would have saved through the personal exemptions. However, large families have enjoyed bigger reductions to their tax burden under the current code, because they had more dependents.

Under the new plan, which goes into effect for 2018, they miss out on tens of thousands of dollars in deductions—more than $28,000 for families with five kids, for example—leaving them with a higher adjusted gross income to be taxed.

The plan “does nothing for big families,” Anthony Illos, who has been preparing taxes for 50 years in the state of New York, told Buffalo News. According to the paper, some tax experts including Illos projected that any family with more than three kids could end up owing more under the new plan due to the elimination of the personal exemption.

Certain religious families are slightly more likely to fall into this demographic. For example, 17 percent of evangelicals and 18 percent of Catholics have four or more kids, compared to 15 percent of Americans overall, according to Pew Research Center data. Nearly half of Mormons (46%) have four or more.

The Washington Post has covered the mixed reception of the GOP’s tax reform in heavily Mormon Utah, explaining, “The benefit of swapping child tax credits for exemptions fades with the number of children, because of the complex math underpinning the plan.”

But evangelicals see other signs of hope for American families in the final version of the tax bill. More than half of self-identified evangelicals (56%) and Protestants (57%) said they supported the tax plan in a recent poll conducted by Politico/Morning Consult. Overall, 43 percent of voters endorse the plan (though that finding is on the high end of recent survey results).

Christians were particularly glad to see a few controversial changes taken out of the tax plan in recent weeks. After facing pushback from pro-life and pro-family groups concerned about removing tax incentives for adoption, that credit of up to $13,570 remains in the final bill.

“It’s welcome news anytime the government can bring tax relief to families,” said Focus on the Family president Jim Daly in a statement to CT. Daly praised the increase in the child tax credit and the retention of the adoption tax credit.

“Helping families provide more financial stability for their children, as well as adopt children waiting for a permanent home, are both important steps toward helping families thrive,” he said.

According to a rundown of the final bill published this week by The Atlantic, the plan boosts the child tax credit from $1,000 to $2,000 per kid. For low-income parents, a push by Senator Marco Rubio of Florida has made $1,400 of the credit refundable—meaning taxpayers who owe less can receive a portion as a tax refund.

Rachel Hope Anderson, resident fellow at the Center for Public Justice and lead of the Families Valued initiative, also praised the increase in the child tax credit as an acknowledgment of how parenting benefits society as a whole.

“This is a premise with strong grounding in the Christian tradition and our understanding of the family as a socially foundational institution,” she said. “Parents who raise children while working in minimum-wage jobs contribute to our society’s flourishing, as do parents in higher-paying jobs. As the bill is currently written, parents earning below $15,000 wouldn’t receive the full benefit of the child tax credit policy.”

Anderson also voiced concerns about the long-term impact on government revenue and social services. “If there is a decline in revenue, will lawmakers choose to cut programs that help the same families who received the child tax credit? Who will pick up the slack?”

In other areas of the GOP tax reform, the Council for Christian Colleges and Universities (CCCU) had lobbied against an earlier proposal to tax tuition waivers for graduate students and families of school employees, a move that ultimately did not appear in the final version.

In earlier attempts to reconcile the House and Senate bills, lawmakers ended up removing a provision that allowed unborn babies to be beneficiaries of 529 college savings plans. They also removed the repeal of the Johnson Amendment, which restricts political speech by nonprofits.

One of the biggest concerns for evangelicals has been the new policy’s projected impact on religious and nonprofit giving, since a higher standard deduction reduces the incentive for itemized charitable write-offs.

As CT previously reported, both the National Association of Evangelicals and Evangelical Council for Financial Accountability (ECFA) critiqued how the changes dampened the benefits of a charitable deduction. However, ECFA president Dan Busby still sees reason to believe the bill could be good news for churches and organizations.

"While the doubling of the standard deduction does not incentivize giving, the lowering of corporate tax should spur business growth,” he said Tuesday. “The combination of business growth and lower individual income tax rates should increase disposable income for many Americans. These developments could generate more gifts for churches and nonprofits."