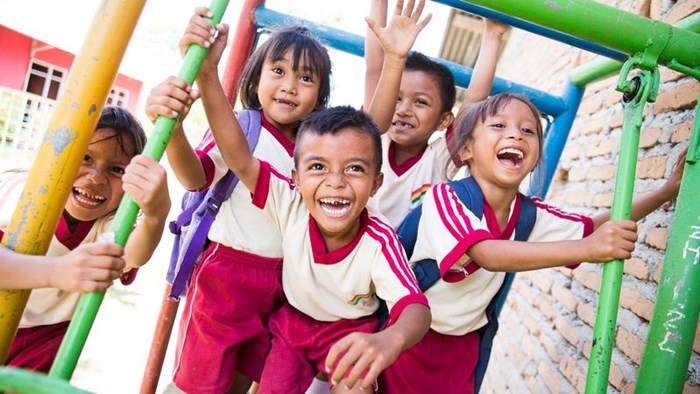 As charities roll out Christmas giving catalogs, some will ask for a longer commitment than a one-time December gift of a goat or cow for a needy family.

The practice of asking for a monthly commitment to a specific child is well-known—it’s been around since the 1930s, and nearly 9 out of 10 Americans are familiar with it (87%), according to a study by Grey Matter Research and Opinions 4 Good of 1,000 American charitable donors.

But just because donors have heard of child sponsorship—or have done it—doesn’t mean they understand all the details.

“There have been reports of deceptive practices and questions of whether the model is ethical, but also independent studies that confirm the widely positive impact of sponsorship,” researchers explained. “In qualitative research, Grey Matter has heard many individual perceptions of sponsorship, ranging from ‘It gives me so much joy—it’s the best thing I’ve ever done’ to ‘My friend has one of those pictures on her fridge and I keep telling her it’s a total scam—a thousand other people have that same picture.’”

The power of child sponsorship lies in the direct connection between the donor and the child. But it can also be confusing.

Almost three-quarters of donors believe that child sponsorship doesn’t really help one specific child (74%), instead going to the charity’s overall programs. Those who currently sponsor a child feel even more strongly about this than those who don’t.

But it turns out there is no right answer to this question. “Each child in our international child sponsorship program is matched with just one sponsor,” World Vision spokesperson Cynthia Colin told CT. That said, “World Vision believes the best way to change the life of a child is to transform the community where he or she lives, to ensure sustained long-term improvement in children’s well-being.”

Compassion International also pairs each child with one sponsor. With sponsorship numbers north of 3.2 million (World Vision) and 1.6 million (Compassion), the ministries are the heavyweights in a crowded field. The Evangelical Council for Financial Accountability lists about 218 members under the child sponsorship category; of those, 15 said child sponsorship is their primary aim.

“In Compassion’s model, when a sponsor gives to our ministry, he or she knows that the money will be spent at the local church level to directly benefit his or her sponsored child,” spokesperson Tim Glenn told CT. “In my case, I can rest assured that Hamilton in El Salvador is being fed, getting help with his school work, learning about health and hygiene, developing his social skills, and is being taught Scripture-based values as a direct result of my sponsorship commitment.”

But neither Compassion nor World Vision sends checks directly to children.

“Instead, we combine sponsors’ donations to ensure we can most effectively tackle the root causes of children’s vulnerability at the community level,” Colin said. “Depending on the needs of a sponsored child’s community, initiatives like clean water systems, improved schools, health clinics, farming co-ops, pastor training, and community savings groups are implemented to create a vibrant, sustainable future for vulnerable children, including the individual sponsored child. Our community development approach means that for every child sponsored, at least four—and in many communities, more—children benefit also.”

However, sponsor letters do go directly to the child, both World Vision and Compassion said. Current sponsors know this: 58 percent agreed strongly, and another 37 percent agreed somewhat. Overall donors were more skeptical—35 percent thought sponsors probably didn’t get real contact with their child.

“We know that when sponsors exchange correspondence with their sponsored child, there is evidence of positive benefits for the child such as increased hope, happiness, and confidence,” Colin said. That hope is the hard-to-measure key to the measureable success of Compassion’s kids, who exchanged 8 million letters with their sponsors in the last 12 months.

Organizations that offer the option to visit a sponsored child help their donors to feel their operation is legitimate.

“I have seen these meetings take place dozens of times and I can tell you it is powerful every single time,” Glenn said. “There’s nothing like watching a sponsor hug his/her sponsored child for the first time. Sponsors can walk into the classrooms at the Compassion child development center and see the very desk where their child sits. They can meet the volunteers who cook hot meals for the children or chat with the teachers who give their time to tutor and mentor each child. It’s a life-changing experience for everyone involved.”

Still, once in a while a problem will pop up: a sponsor receiving letters three years after a child’s death at one organization, or sponsors and children who never connected at another. And those troubles can make donors and potential donors suspicious. About 3 out of 5 donors (64%)—and even of all current sponsors (60%)—said they’d heard of problems that make them question how genuine sponsorship is.

And more than half of donors (55%), including current sponsors (54%), said that child sponsorship was mostly a “gimmick to get donations.”

This number threw Grey Matter for a loop. Because why—if more than half of donors think it’s a gimmick—are they still participating?

“They may be interpreting that word more along the lines of ‘hook’ or ‘attention getter’ and apparently are comfortable with that description,” the report said. “Our experience with donors is that many realize and accept they’re being marketed to.”

World Vision objects to the word altogether. “Child sponsorship isn’t a gimmick,” Colin said. “It is a tangible way to help transform a life.”

At least a quarter of donors think it’s both. Three-quarters say that child sponsorship is “a genuine, credible way to help kids in need.” Understandably, the number rises to 98 percent of current sponsors, while those who would never consider it weren’t as convinced (53%).

Child sponsorship has independent research on its side. A 2013 study found that Compassion’s sponsored children stayed in school more than a year longer than their unsponsored siblings. In addition, they were:

World Vision and Compassion both affirmed a high rate of sponsor satisfaction: 90 percent of World Vision’s American child sponsors, and 96 percent of Compassion’s sponsors around the world, report that they are satisfied with their experience.

Many donors dropped after Compassion was forced to leave India—by far the ministry’s largest country by participation—when the government blocked its funding last year. Nearly 150,000 sponsored children were cut off from their sponsors.

“Globally, 68 percent of our sponsors committed to sponsoring another child elsewhere,” Glenn said. “That’s a remarkable retention rate for such a traumatic event. And believe me, it was just as traumatic for sponsors as it was for us and the 149,000-plus children who no longer receive direct benefits of Compassion’s work.”

Those nearly 100,000 sponsors picked up children in the 25 other countries where Compassion works, such as Ecuador, Ethiopia, and Indonesia.

And in India, “over 200 of those local church partners in India are still working to provide some form of holistic child development to the children in their communities, because they saw first-hand the value of what Compassion’s program offers,” Glenn said.

CT closely followed Compassion’s struggle to stay in India, along with its hope of a return. CT also covered the evidence that Compassion makes a difference, the efficacy of World Vision’s cash gifts, and how college students at a weekend Passion conference sponsored every Compassion child available in four countries.

Subscribe to CT and get one year free
Tags:
CharitiesChild SponsorshipSurveys
Posted by:
Sarah Eekhoff Zylstra