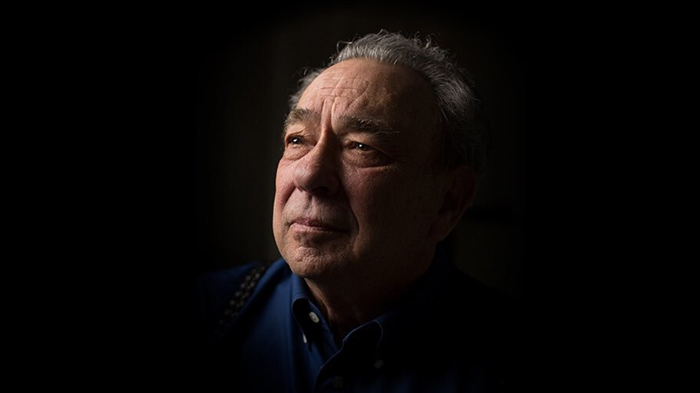 When Reformed theologian and Ligonier Ministries founder R. C. Sproul was once asked what he wanted written on his tombstone, he replied cheekily, “I told you I was sick.”

That was in 2015, after the esteemed teacher and author’s health declined severely following a stroke. This December, the 78-year-old was hospitalized and was forced to rely on ventilator support to breathe during his 12-day stay, due to complications from chronic obstructive pulmonary disease (COPD). He died on Thursday.

“His tombstone wouldn’t be able to hold the words of what he’s meant to so many,” tweeted Kansas pastor Gabriel Hughes. “Well done, good and faithful servant. Now great is your reward.”

Sproul’s legacy lives on in generations of laypeople and Reformed leaders whose theology was strengthened and shaped by Ligonier, the organization he founded in 1971 to fill the gap “between Sunday school and seminary.”

Ordained in the United Presbyterian Church before transferring to the Presbyterian Church in America (PCA), Sproul brought theological education to the masses through his radio show Renewing Your Mind, his ministry’s Tabletalk magazine, over 300 lecture series, 90 books, and dozens of articles.

“Through his teaching ministry, many of us learned that God is bigger than we knew, our sin is more deeply rooted than we imagined, and the grace of God in Jesus Christ is overwhelming,” wrote Ligonier in a tribute.

The global organization shares 2 million “biblical and theological resources” annually, with hundreds of thousands of students, readers, and subscribers in 105 countries.

Earlier this year, Sproul said, “There are only two ways of dying. We can die in faith or we can die in our sins.” Now that he has died, his colleagues, students, and friends have spoken up to celebrate the faith he preached and passed on.

“It is hard to overestimate his influence on gospel-resurgent evangelicalism,” wrote Russell Moore, Ethics and Religious Liberty Commission president.

Reformed leaders such as Owen Strachan, Shai Linne, Tony Reinke, and Albert Mohler tweeted in tribute. Strachan called him, “A giant of the faith. A theologian of God's church. A man of wit, wisdom, and conviction.”

The Pittsburgh native attended Westminster College for its football program—not its Presbyterian affiliation. But he ended up coming to faith early in his college career through the team’s captain. He shared his testimony with CT in 2002, saying:

[The football captain] quoted Ecclesiastes 11:3: “Whether a tree falls to the south or to the north, in the place where it falls, there will it lie.” I just feel certain I'm the only person in church history that was converted by that verse. God just took that verse and struck my soul with it. I saw myself as a log that was rotting in the woods. And I was going nowhere.

When I left that guy's table I went up to my room. And into my room by myself, in the dark, and got on my knees and cried out to God to forgive me.

Sproul founded Ligonier as a study center outside Pittsburgh in the early 1970s. By 1973, the ministry hosted its first conference, featuring John Gerstner, J. I. Packer, John Frame, and Clark Pinnock. The Gospel Coalition reports that out of that gathering came the Ligonier Statement on Biblical Inerrancy, which grew into the 1978 Chicago Statement on Biblical Inerrancy.

Ligonier moved to its Orlando headquarters in the mid-1980s, where its radio, magazine, and teaching outreach continued to grow, eventually adding online resources. Out of concern for biblical orthodoxy, Ligonier commissioned groundbreaking surveys in 2014 and 2016 on the theological beliefs (and misbeliefs) of American evangelicals.

CT reviewed Sproul’s 1998 book Willing to Believe: The Controversy Over Free Will, and featured The Reformation Study Bible, for which Sproul served as general editor.

The author of Chosen By God, The Holiness of God, Essential Truths of the Christian Faith, and many other books, Sproul wrote about passing away for Tabletalk magazine in 2011, exploring the gain for a believer to die and be with Christ.

“When we close our eyes in death, we do not cease to be alive; rather, we experience a continuation of personal consciousness. No person is more conscious, more aware, and more alert than when he passes through the veil from this world into the next,” he wrote, six years before passing away in a suburban Orlando hospital.

“Far from falling asleep, we are awakened to glory in all of its significance. For the believer, death does not have the last word. Death has surrendered to the conquering power of the One who was resurrected as the firstborn of many brethren.”

Editor’s note: This post has been updated to clarify that Sproul was first ordained in the United Presbyterian Church, prior to his PCA ordination.