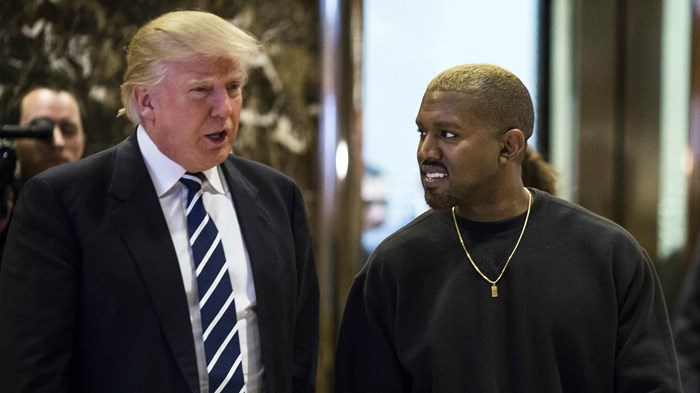 America’s got problems and needs to talk.

But few Americans agree on who can best lead a conversation about the nation’s woes, according to a new report from Nashville-based LifeWay Research.

“Almost no one would ask a musician or pro athlete,” said Scott McConnell, executive director of LifeWay Research, “even though they often try to start public conversations.

“Musicians or athletes get a great deal of attention for their public statements about the issues,” he said. “But few Americans seem to look to them as thought leaders.”

Before the recent presidential election, LifeWay Research asked a representative sample of 1,000 Americans this question: “In America today, who is in the best position to generate a healthy conversation on challenges facing our society?” Possible responses included “our elected president,” preachers, and pro athletes. 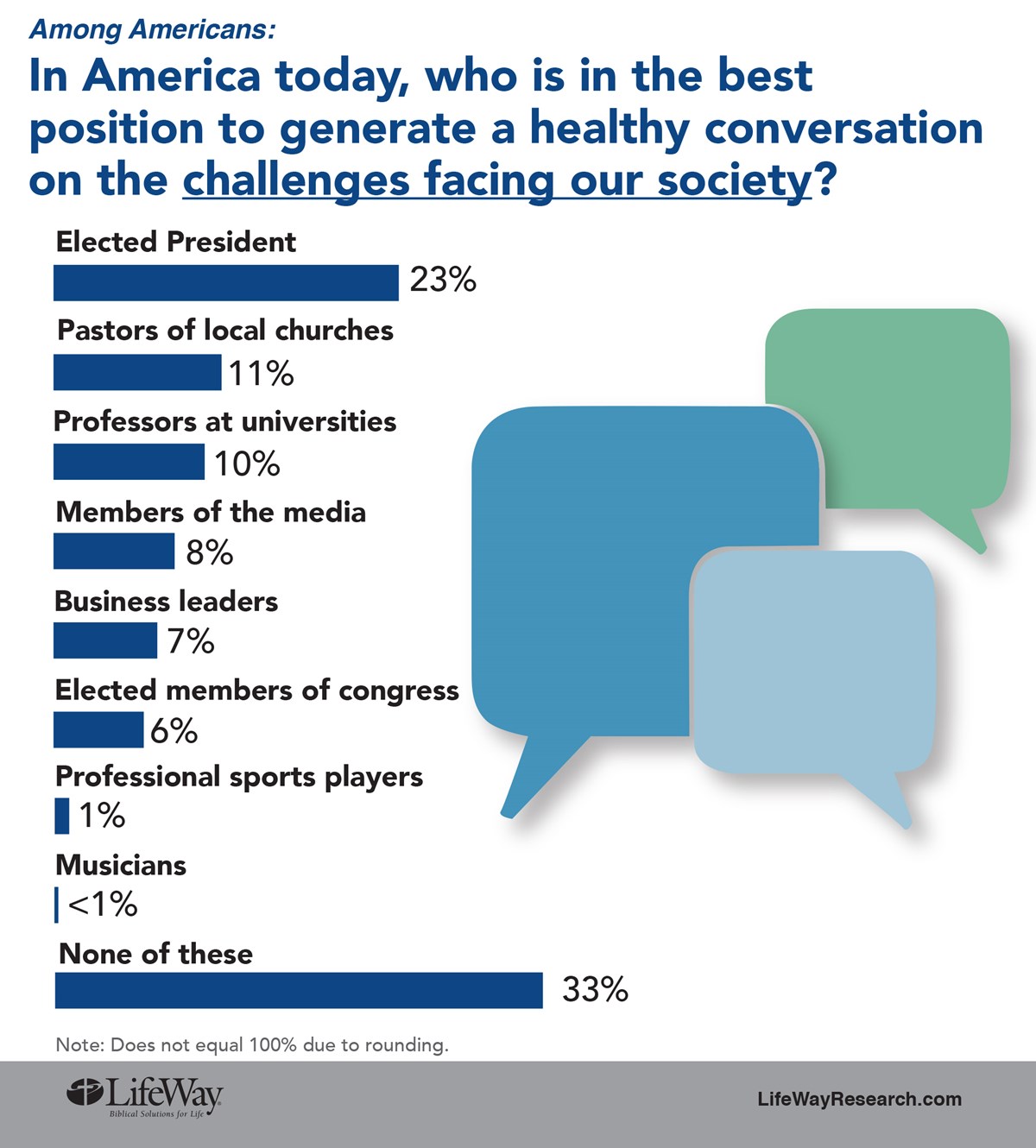 About 1 in 4 of those surveyed say the office of the president has the best chance of fostering healthy public conversations (23%), while about 1 in 10 say pastors of local churches (11%) or university professors (10%). Members of the media (8%) faired slightly better than business leaders (7%) or members of Congress (6%). Few Americans look to professional athletes (1%) or musicians (less than 1%) to lead healthy conversations about the nation’s challenges.

Overall, the survey reflects the reality that Americans are fractured and divided, says McConnell. Few leaders can draw a wide, diverse audience.

“There’s a vacuum of public leadership in America,” he said. “We know we have problems and that we should talk about them. But there’s no one who can bring us all together.”

Subscribe to CT and get one year free
Tags:
Surveys
Posted by:
Bob Smietana - Facts & Trends