Leaked Trump Rule: Any Religious Employer Can Opt Out of Contraception Coverage 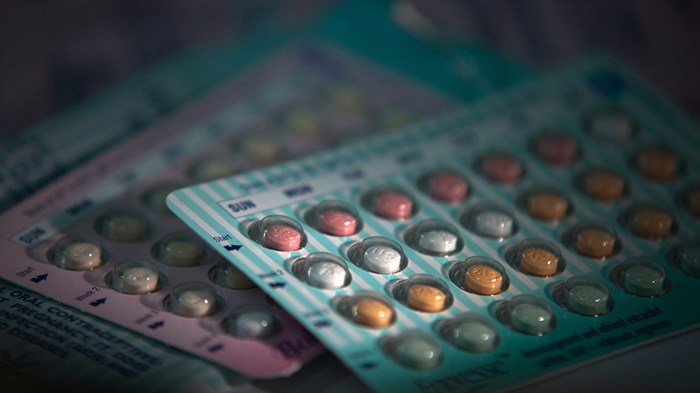 The Trump administration appears to be preparing to follow through on the president’s recent promise to relieve religious employers fighting the Affordable Care Act’s birth control mandate.

The 125-page federal proposal was obtained by Vox, which reports that the document, dated May 23, is under review by the President’s Office of Management and Budget. The regulation would go into effect as soon as it is signed.

“Expanding the exemption removes religious and moral obstacles that entities and certain individuals may face who otherwise wish to participate in the healthcare market,” the draft rule states.

Obamacare initially provided an exemption for churches and other houses of worship, and Hobby Lobby won some private corporations the right to decline coverage for religious reasons in a 2014 Supreme Court case. The new regulation would apply more broadly to “any kind of employer,” including Christian colleges and religious orders, some of whom have been battling the mandate in court for years. Last year, the Supreme Court sent their cases back for more review.

The drafted regulation essentially spells out the case that contraception mandate opponents had been making all along. Officials previously saw the requirement as serving a compelling government interest, according to the new rule, but they now recognize the mandate as “impos(ing) a substantial burden on the exercise of religion” under the Religious Freedom Restoration Act.

“The appropriate administrative response is to create a broader exemption,” the draft rule states.

The rule does not represent a repeal of the mandate; without a religious case against contraception, the vast majority of employers would continue to be required to provide coverage.

Mark Rienzi, senior counsel with Becket—the religious liberty law firm representing the Little Sisters of the Poor—estimates that about 120,000 to 130,000 Americans working for religious employers would no longer receive birth control coverage under the draft rule.

Those who apply for the exemption would have to communication the change to their employees, either through an immediate notification or in the summary of benefit changes at the start of the next plan year, Vox wrote.

While the exemption addresses the longtime concerns of the Little Sisters, a group of Catholic nuns who are arguing against the birth control requirement, it does not end their court battle.

They will continue to litigate until they receive “a final order from the court making clear the federal government does not have the authority to force religious groups to do this,” Rienzi said.

“While we won't know what the interim final rule will be until its release, we are grateful for an administration that recognizes the importance of protecting religious liberty and look forward to a rule that protects the varied and various Christian schools and missions ministries we serve from the threat of crippling fines,” GuideStone President O.S. Hawkins told the Baptist Press.

Democrats, including House minority leader Nancy Pelosi, oppose the new rule out of concern that it will keep women from “access to basic, preventative health care.”

During his campaign, President Donald Trump boasted of his plans to protect religious liberty and overturn Obamacare, and this new rule—if made official—touches on both.

Health care was the No. 1 policy priority for white evangelical voters (and the American public as a whole) in the recent election, the Pew Research Center found. On the day of his inauguration, Trump issued an executive order to begin dismantling Obamacare, including by no longer enforcing the individual mandate.

The executive order on religious liberty he signed in early May contained a section on “conscience protections” to the mandate, and urged the Secretary of the Treasury, the Secretary of Labor, and the Secretary of Health and Human Services to amend the current regulations. When announcing the order, Trump welcomed nuns from the Little Sisters to the podium, assuring them their fight would soon be over.

“The proposed HHS regulation regarding the Obamacare abortion-pill mandate would, if made final, protect conscientiously objecting employers from having to choose between paying crippling fines or providing morally objectionable abortion-inducing drugs, sterilization, or contraception,” stated Gregory S. Baylor, senior counsel for the Alliance Defending Freedom, which praised the potential rule. “The government has put forward a common-sense solution that ensures that Americans won’t be forced to violate their deepest convictions while maintaining multiple ways for people to obtain the drugs in question if they want them.”

Leaked Trump Rule: Any Religious Employer Can Opt Out of Contraception Coverage