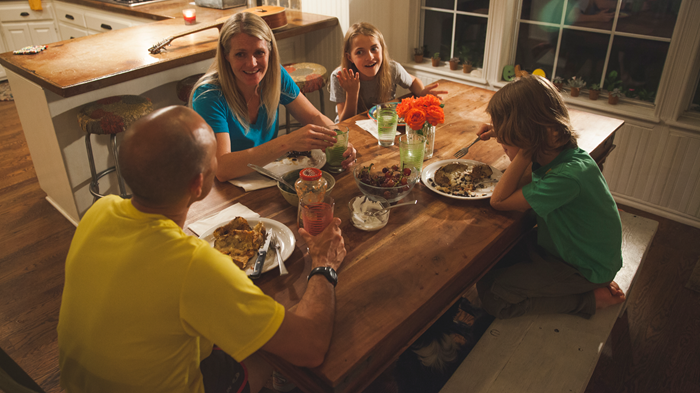 When asked to name the biggest challenges faced by American families, adults have become more likely to think of financial issues and less likely to bring up social ones—expanding the traditional notion of “family values” to include factors like stress over work and the state of the economy.

This growing affiliation between family and finances, reported in the 2017 American Family Survey, reflects President Donald Trump’s own messaging around family values, which emphasizes hard work and economic security.

Yet the new research, entitled “Marriage and Family in the Age of Trump,” found that evangelicals and conservatives largely remain concerned about cultural issues like single-parent homes, sexual permissiveness, and declining religious affiliation over economic ones impacting their families.

“More people believe that the most serious problems facing marriages and families are economic, and fewer believe that the challenges are primarily cultural,” according to researchers at The Center for the Study of Elections and Democracy at Brigham Young University and Deseret News, which fielded the survey.

In the survey, 34 percent of Americans considered “the costs associated with raising a family” among the top challenges, compared to 26 percent two years earlier. Fewer evangelicals—20 percent—saw family costs as a significant concern.

As a Christmas gift to all of our hardworking families, we hope Congress will pass massive tax cuts for the American people. That includes increasing the child tax credit and expanding it to eliminate the marriage penalty. Because we know that the American family is the true bedrock of American life. So true. This is such an exciting event because we are really working very hard, and hopefully Congress will come through.

While not as concerned as Americans overall about families’ financial health, conservative voters and evangelicals—perhaps unsurprisingly—are resolute in the importance of marriage for individual families and societies overall.

“The most profound differences between Clinton and Trump voters can be found in the question about whether marriage is ‘needed’ to create strong families,” the researchers wrote.

Among Trump voters, 85 percent agreed with the statement, compared to 48 percent of Clinton voters.

Likewise, 84 percent of evangelicals view marriage as necessary for strong families, as do 70 percent of Catholics, 64 percent of other Protestants, and about half of the religiously unaffiliated.

Evangelicals have spoken out against the rise of cohabitation as a precursor to or replacement for marriage, and CT has reported this year about new sociological research revealing the negative impact cohabitation has on families and kids in particular.

Evangelicals are also the most worried over secularism affecting the state of the family. Four times as many (48%) cited the “decline in religious faith and church attendance” as a concern than Americans overall (22%). Around 30 percent of other Protestants and 21 percent of Catholics indicated they were concerned about the decline.

One area of common ground, as in years past: Each demographic indicated that lack of discipline was a major problem for families. This issue is the most popular one in the survey, with about half of each demographic ranking it as a concern.

The American Family Survey was administered in August 2017 by YouGov to a representative sample of 3,000 American adults. The margin of error is +/- 2.5 percent.